During the summit of the CIS countries, Russian President Vladimir Putin presented the rest of the participants in this gathering with rings in honor of the New Year.

In total, 9 rings were made, and the president of the terrorist country kept one for himself. It is curious that among all the presidents who received these rings, only the head of Belarus, Alexander Lukashenko, immediately put it on his finger.

Of course, jokes about the new Mordor and the rings of omnipotence immediately went on social networks, and the Security Service of Ukraine noted that they had bad news for Putin, because they had to read the Lord of the Rings trilogy to the end. 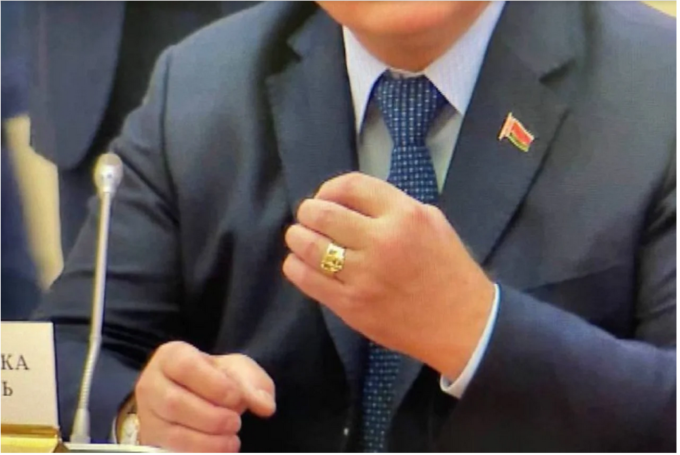 It was a difficult decision. Forward of the national team of Romania refused Dynamo

Aroged: Next year Kalashnikov will expand the production of new types of weapons, including tactical UAVs

The average Steam user only launches five games in a year

Is the physical video game over?

Fresh gameplay trailer for the action Wanted: Dead dedicated to enemies and bosses