Since the beginning of the year, the SBU has neutralized more than 4.5 thousand cyber attacks on Ukraine, hundreds of them at thermal power plants and oblenergos – Aroged 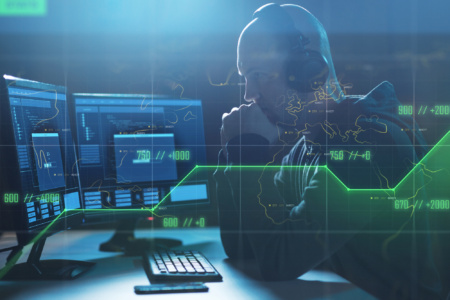 The Security Service of Ukraine shared its successes in protecting information and digital security in a war. As Ilya Vityuk, head of the SBU Cybersecurity Department, said, more than 4.5 thousand cyber attacks and cyber incidents have been neutralized since the beginning of the year.

“We have approached 2022 with 8 years of hybrid warfare behind us. After all, the war in cyberspace has happened before. By the time of the invasion, we were already prepared for the worst scenarios. And the massive cyber attacks that we repulsed in January and February became additional training before the invasion,” said Ilya Vityuk.

It is noted that with the start of full-scale military aggression, the number of cyberattacks has also increased. During the whole of 2020, almost 800 cyber attacks were recorded, in 2021 – 1400, then in the year of the war – the number of attacks increased by more than 3 times. According to Ilya Vityuk, on average, an aggressor country inflicts more than 10 cyber attacks daily.

“Fortunately, Ukrainian society does not even know about the majority,” he said.

It is noted that Russia is not limited to strikes on energy facilities using missiles and drones, but is also trying to harm the energy sector of Ukraine in cyberspace. Energy, logistics, military installations, as well as government databases and information resources are in the zone of special attention of the enemy on the cyber front.

“We monitor risks and threats in real time 24/7. We know most of the hackers from the Russian special services working for us by name. Work is underway to document them. After the victory of Ukraine, they will have a separate block of meetings of the international military tribunal,” summed up the head of the Cybersecurity Department of the SBU.

LEGO and Sega together again? A leaker anticipates 5 Sonic-themed sets

Haven't played each other for 20 years. The ex-player of Shakhtar helped Manchester United beat the guests

Mercedes, or almost, is going wild with this electric van equipped with a fridge and two charging ports

Xbox Series consoles outsell Xbox One in Japan by 3x