SK hynix will be showcasing several server system products based on high-performance, low-power memory at CES 2023. 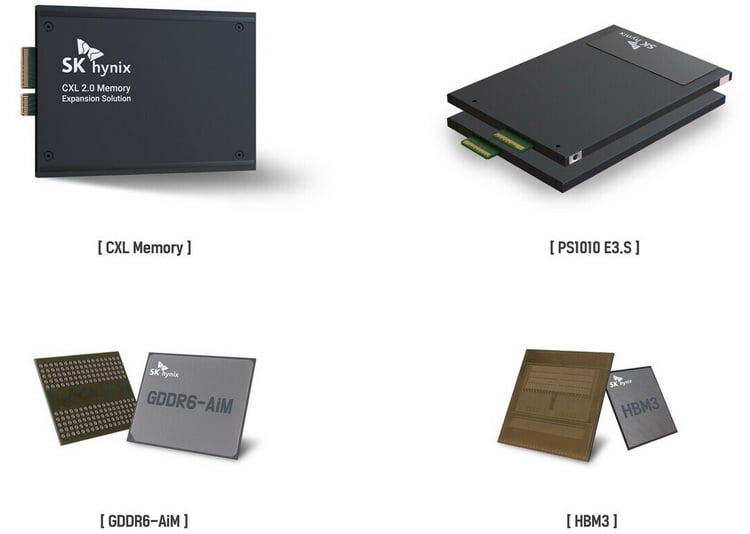 One of the new products will be GDDR6-AiM video memory, which uses Processing in Memory technology. The new memory has a speed of 16 Gb/s per pin and operates at 1.25 V. The high energy efficiency of the memory can reduce the power consumption of data transfer operations from the CPU to the GPU by up to 80%. The memory of the new standard is designed for computing accelerators working with AI and large amounts of data. Also, the manufacturer, as part of its presentation, will show high-performance memory chips HBM3 of its own design and a solid-state drive with the CXL 2.0 protocol.

The main star of the presentation will be the high-performance server drive PS1010 E3.S. It uses 176-layer 4D NAND flash memory chips and is equipped with an in-house SK hynix controller that supports PCIe 5.0 interface. The manufacturer claims that the read and write speeds of the PS1010 E3.S drive are respectively 130% and 49% faster than products from other brands. At the same time, its energy efficiency is 75% higher than that of competing products.

Elon Musk is the poorest man in the world!

Nintendo Switch Pro will no longer be released for John Linneman, who talks about the next Nintendo console