Edition Game Informer told more about another main character Dead Island 2 – punk rocker Days from Ireland. Her appearance can be seen in the new images below.

Dani grew up in County Cork, a beautiful place in Ireland that is also a college town with an active nightlife. The heroine was brought up in a typical traditional family, with whom she does not have a very good relationship.

Dani’s childhood and teenage years were shaped by the local punk scene. Later, Dani left Cork and ended up in the USA, in Boston, where a large Irish community lives. At first everything was fine, but the first Boston winter forced Dani to pack up again and embark on a trip to the United States. That is how she ended up in Los Angeles, where she fell in love with roller derby.

Prior to the zombie apocalypse, Dani worked jobs she didn’t like, in retail or food service. At the same time, she was often fired for expressing her opinion “too freely”.

After the outbreak of the zombie virus, Dani does not seek to return home to her family – in Los Angeles she is kept by new close people, as well as the goal of playing an out-of-state roller derby.

Dani specializes in heavy attacks and can regenerate health after a quick series of attacks. Her innate skills were Thunderstruck and Bloodlust respectively. 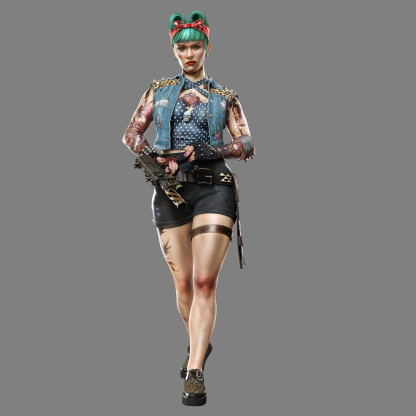 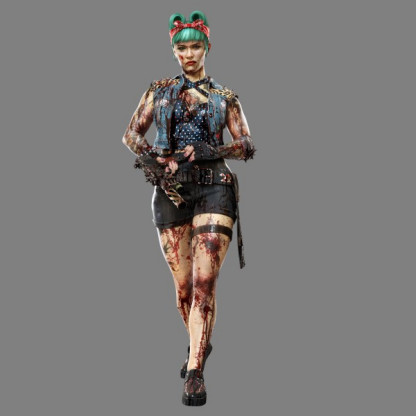 The developers of Dead Island 2 first created “playable survivors”, and only then turned them into full-fledged characters. As a result, the authors had to “redesign” the personalities of the protagonists. Speaking of Dani, the developers clarified that they didn’t want to make an Irish caricature, but wanted to create a modern day Californian girl who ended up being someone who jumps into a fight and likes to make a mess.

Elden Ring: this streamer wants to finish GOTY 2022 in a very particular way, this boss takes him three hours!

Ghostbusters Rise of the Ghost Lord unveiled: coming to PSVR 2 and Meta Quest 2