Developers from the Canadian Red Hook Studios again postponed the release of the final version of the dark role-playing strategy Darkest Dungeon II. They also revealed the impressive sales of the original game.

The authors announced the transfer in a blog update on the official website dedicated to the progress of the development of Darkest Dungeon II for 2022 (GameRant drew attention to it). Now the release of version 1.0 is scheduled not for February, but for the second quarter of 2023.

In the same entry, the creators said that over the past eight years, the first Darkest Dungeon was bought more than 6 million times. Including additions, sales amounted to 16 million units. However, the developers did not specify whether copies for Xbox Game Pass subscribers are included in these statistics. Darkest Dungeon arrived on the service in June 2021 for PC and Xbox and left the service a year later.

«[Это достижение] – another reminder of how huge our wonderful community is and why we must make Darkest Dungeon II as high quality as possible, – the authors wrote. – We are pushing the release of version 1.0 on PC to the second quarter of 2023 – a little respite will allow the game to become much better. We are lucky that we have the resources to further refine. We will reveal the new date next year.” 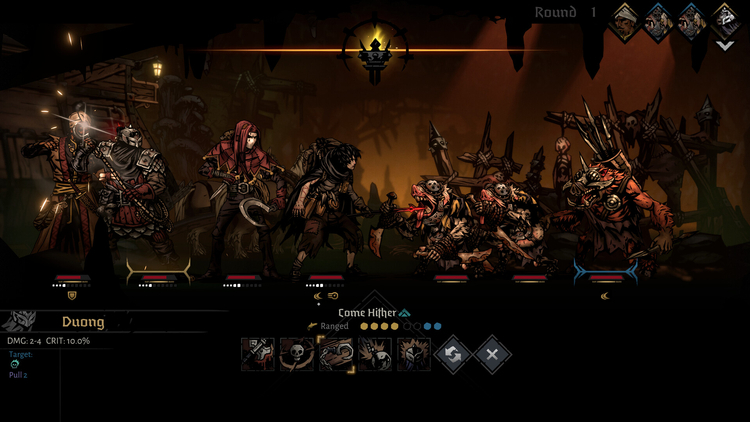 This year, Darkest Dungeon II received a lot of updates, a brief overview of which the developers presented in Twitter. The newest, The Void Between Us, came out this month and redesigned the Affinity System based on player feedback. Now it is available in the beta branch, and in January it will open to all users. Future updates, according to the promise of the creators, will add “important new changes, controllable heroes and more.”

The release of Darkest Dungeon II in Early Access on the Epic Games Store took place in October 2021. On the day of its release, the sequel was bought more than 100 thousand times. The full version will also appear on Steam, and later it will be transferred to consoles.

It is known that the first Darkest Dungeon passed the milestone of 5 million copies in September 2021. The bar of 2 million copies was taken by December 2017, and the first million were sold by November 2016. In the first week after the release of the final version, sales amounted to more than 650 thousand units.

Interest in the original remains high despite the release of the sequel, thanks in part to fan modifications. In addition, in 2020, the creators added PvP multiplayer to the game through The Butcher’s Circus DLC.

Darkest Dungeon was released to Steam Early Access (Windows) in January 2015 and reached version 1.0 a year later. It appeared on PlayStation 4, PlayStation Vita and Linux in 2016, on iOS mobile devices in 2017, and on Nintendo Switch and Xbox One in 2018. The PC version is also now available on the Epic Games Store, GOG and the Microsoft Store.

Google messages will receive 3 new features that can conquer users

Aroged: Rostelecom announced a complete transition to the supply of servers from Russian companies

From shutting down Stadia to soaring game prices: the bad news of 2022

Big reduction on this household and connected object, perfect for not having to worry anymore

Microsoft is investing billions of dollars in the creators of ChatGPT

Tim Burton: “Dumbo was my last movie with Disney”