Twitter: after Elon Musk, the next CEO could be Mr. Beast who wants to make it a social network for creators 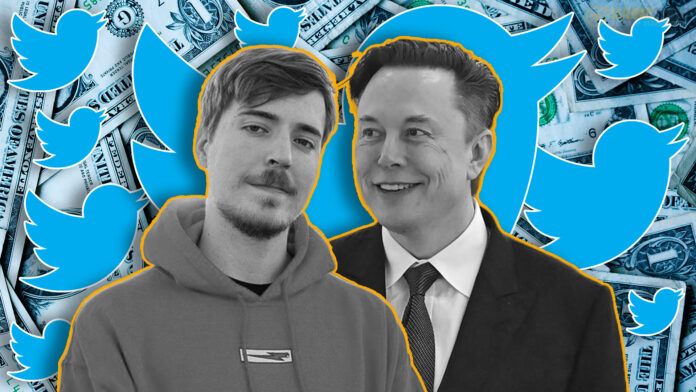 Elon Musk’s infamous poll, in which the CEO asked Twitter users if they should take a step back from the CEO position, gave an unequivocal result. Almost 60% of users want Musk to leave the leadership of the social network to someone else. The South African entrepreneur accepted this result and stated that he would entrust the role of Chief Executive Officer to whoever was willing to do so.

Many “applications” for the succulent job position. Among the many arrivals, that of Mr. Beast cannot fail to be mentioned. The YouTuber, who has recently achieved a record surpassing his colleague PewDiePie for number of subscribers, he said through Twitter that he already has a plan in mind in case he is the next CEO of the platform.

The idea is actually very simple. Musk, among other things, has been challenged for having expressed his intention to discourage links and references to other social networks in twitters, bios, etc. In other words, Musk – at least judging by his statements – he would have liked to prevent the profiles on Twitter from turning into mere accounts with the function of a showcase for content produced on other platforms or from becoming real spam profiles. If this was the idea, the dreaded application method (ban or shadowban for those who shared too many links to external platforms with Mastodon, Facebook, YouTube, Instagram and Twitch at the top) had not met with any success.

Mr. Beast, for his part, said he would instead like to turn Twitter into a place where content can be uploaded directly by users. In other words, make the social network easier to use for content creators with particular reference to videos. In this regard, there is currently a limit on the length of video that can be uploaded in tweets. Limit that can only be circumvented by paying for the subscription to the ‘blue’ program but which is of little value if it is a particularly long content. For those, the best solution still remains to upload a short preview accompanied by links to the reference hosting platform (such as YouTube or Daily Motion).

Beast talked about it on Twitter, we said. Below is the original post that we complete with our translation. “My first item on the agenda would be to make Twitter a place where creators want to upload their videos directlywithout the need to insert links to other platforms”.

At the moment, the social network faces a much more serious problem. It seems that a hacker was able to get his hands on the data of 400 million profiles. A message posted on a forum suggests that the hacker intends to blackmail the platform by extorting money. A lower figure than the possible fine that would be imposed by the regulatory bodies. This, at least, the idea of ​​the bad guy.

Avatar 2: A Little Christmas Miracle at the US Box Office?

Android: This popular app may be following you!