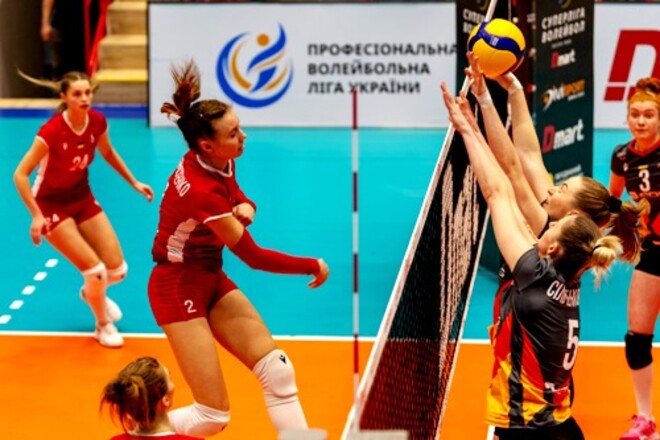 Two semi-final matches of the League Cup in volleyball among women took place today. In the first of them, the teams “Dobrodiy-Medical University-SHVSM” (Vinnitsa) and “Balta” from the Odessa region met.

The starting two games were won by the current Superleague leaders 25:21 and 25:13. Then Balta volleyball players managed to close the gap by taking the third set 18:25. But in the fourth installment the Vinnitsa club was again stronger 25:15 and it was they who reached the League Cup final.

As expected, the second duel was more interesting and unpredictable, as the opponents were approximately equal in strength. In the first two games, the teams exchanged victories – 25:20 in favor of “Prometheus” and 16:25 “Alanta” won. Then again success was on the side of Andrey Romanovich’s wards and again with a score of 25:20, after which the Dnipro volleyball players restored the balance for the second time 18:25.

Thus, the fate of a ticket to the final was decided on a tie-break. The rivals were practically in no way inferior to each other and the first match point was earned by Prometheus 14:13. Nevertheless, Alanta did not give up, but took three points in a row, finishing the game in their favor – 14:16.

The final match of the League Cup among women’s teams will be held in Chernivtsi on Wednesday December 28th. The teams “Dobrodiy-Medical University-SHVSM” and “Alanta” will play in it.

OFFICIALLY. Tottenham have been strengthened by the Portuguese defender from Sporting

Source: Dynamo striker wants to continue his career in the Canary Islands