It was as it had to be: an ancient cosmic evil, the Jailer was overthrown by an angry mob of torch-wielding murder-vagrants and the Tomb of the First became an attraction for world-saving sociopaths. In front of the entrance is a crooked sign: “Kill the super boring aspect of death, free entry!” A cold wind blows through Zereth Mortis as the final party bus full of dolled up player characters stumble laughing out of the tomb. Only one Forsaken man in rags crouches in front of the entrance, bent over and babbles incomprehensible stuff. Still giggling, a young orc warrior breaks away from her guild and saunters toward the undead. “Hey, are you okay? You seem a little-“

“We’re all as good as dead.” The wind tears the murmur from the undead’s lips, making it almost impossible to understand. The laughter of the raid group breaks out again and again from the background. The warrior leans forward with a sinking feeling in her stomach. “Uh… what did you say?”
“DEAD!” The Forsaken jumps up in a sudden whirl of dust and scraps of old clothing and stares straight at the orc lady. “Lost! Broken! Damn! Here!” Trembling and with eyes as big as saucers, he thrusts into her hand a sharp-edged cube the size of a human fist. When the warrior can overcome her initial shock, a smile creeps onto her face.

“Oh THAT old thing. Do you think so? Don’t worry, the junk has already done its duty.” The Yogg-Saron puzzle box is cold and hard in 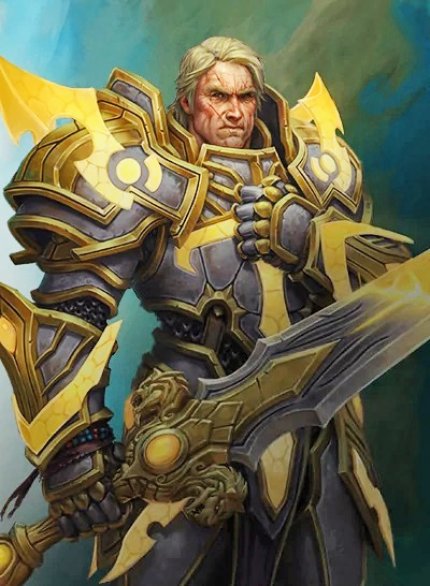 A Thousand Years of Holy War for Clint Eastwood: Turalyon has a character face befitting an immortal super paladin. Source: Blizzard of her hand. The light of Zereth Mortis refractes on her obsidian black surface for a brief moment in such a way that she thinks she sees a distant face with a golden halo – then the moment is gone. She swallows hard. “All the prophecies have already come true, haven’t they? Besides, we’ve already used the thing on Zek’voz, the Herald of N’Zoth, so it doesn’t matter anymore…right?”

The Forsaken’s grin is unnaturally wide, even for a living corpse. “Oh, the box is important. And it’s only one piece of the puzzle. The key. Il’gynoth told us the future, he WARNED us, but we wouldn’t listen. Instead, we roam the afterlife and kill an animated one Doll that makes other dolls dance on their strings.”

Beware of the empty throne. Beware of what is yet to come.” The cube falls heavily into the grass in front of the tomb. Head aching, the warrior staggers back and shakes her head. Back with her friends, she joins in the laughter, always a little too loudly , a little too shrill. Out of empty eyes, the Forsaken gives her one last look and bends down to pick up the puzzle box. His smile now bears no resemblance to anything native to Azeroth. “Beware of our golden future.”

The whisper of the meatball

With the announcement of Dragonflight and the end of Shadowlands, we’re in for a colorful bonanza of new features, a Season 4, new crafting, dragon action, and a big (VERY big) turnaround in feature compatibility and game design. It all took a backseat to one of our favorite bursae Il’gynoth’s most famous prophecies – although it’s really gathering momentum right now: “The Golden claims an empty throne. The Crown of Light will only bring darkness.”

The most boring option: Pelagos
There is another variant for “The Golden” and the unoccupied throne – and that is Pelagos, who is now literally golden and has claimed an unoccupied throne. In this case, however, we hope that we are wrong.
But Anduin just started his sabbatical, right? Then who does that mean? Dear readers… it’s tinfoil time! We take apart the famous whisper with our latest findings from Shadowlands and take a look at all the “Goldens” in question, one at a time, from Turalyon to Yrel to Calia Menethil, before closing the circle shortly afterwards and explaining why Anduin is still the best candidate for this prophecy.

We unpack properly from the conspiracy box and dig out absurd little quotes as well as fateful encounters and embark on a gigantic safari, far into the depths of the oracle of the void. Does your aluminum hat sit nice and tight? Well, that’s important to ward off the Void Rays and Mind Control Kraken. Then let’s get started! 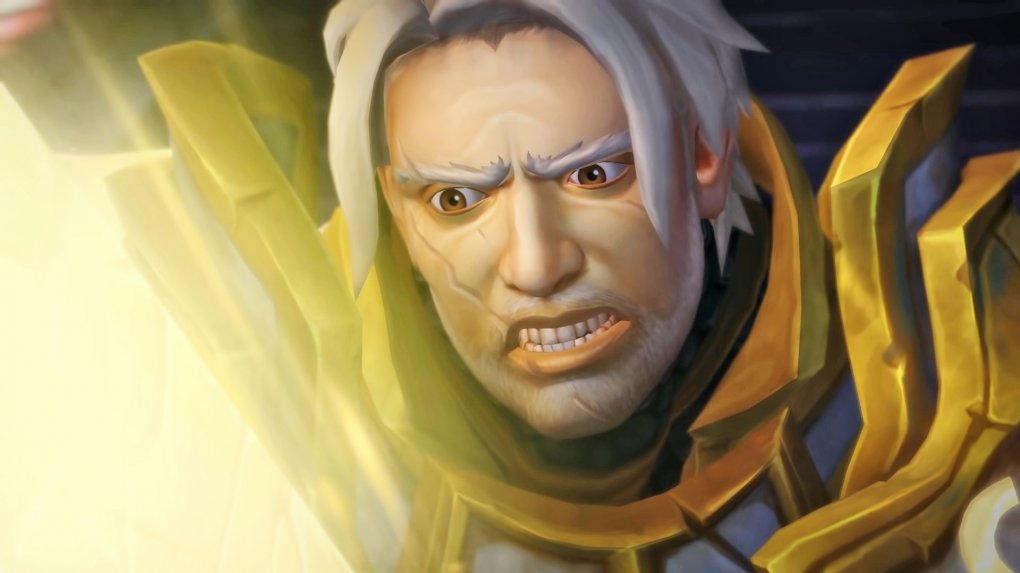 Turalyon returns to a world where the Horde behaved exactly as it had when he left. Will he start a new war? Source: buffed

Anduin is gone, Turalyon is here – and he’s probably the toughest leader the Alliance has ever had. To clarify, the new Regent of the Alliance is not only a legendary war hero and a veteran of a soul-crushing crusade against the Burning Legion in the service of the Light itself, he is no longer fully human. But first things first.

When the Paladin Order of the Silver Hand was formed, there were five founding members: Uther Lightbringer, Tirion Fordring, Gavinrad the Terrible, and Saidan Dathrodan, all warriors through and through. The fifth member was a nondescript priest who had to learn the craft of war from scratch… Turalyon.

Pixel Buds A: Google’s wireless headphones are at the lowest price for sales

Electric car: the price war declared by Tesla is already having big consequences for Ford

MARKEVYCH: “There was an agreement: Shevchenko is leaving – I will be the coach of the national team”

Samsung Galaxy A24: Cheap smartphone, but is it worth it?