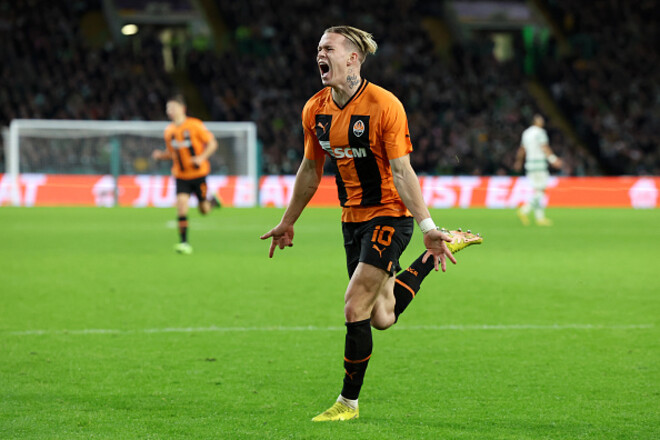 We invite you to familiarize yourself with a selection of the main news and materials on Aroged for Tuesday, December 27.

1A. Arsenal – refuse. Shakhtar turned down an offer for Mudrik
However, negotiations continue

1B. Source: Akhmetov is going to continue bargaining with Arsenal for Mudrik
Igor Burbas announced this in his Telegram

2. One Ronaldo dealt with. The Portuguese will play for Real Madrid
Cristiano Ronaldo Jr returns to Madrid academy

3A. PSV considering signing Tsygankov
Dynamo winger is one of the candidates to replace Gakpo

3B. Sevilla interested in winger Dinamo Vitinho
One of the outsiders of the current championship of Spain is looking for strengthening

4A. Everything was decided in the first half. Chelsea confidently dealt with Bournemouth
The Blues beat their opponents 2-0 at home

4B. Haven’t played each other for 20 years. The ex-player of Shakhtar helped Manchester United beat the guests
Red Devils beat Nottingham Forest 3-0

5. The miner found a replacement for Matvienko in the Croatian Istra 1961
The Pitmen’s sphere of interest includes 19-year-old Mauro Perkovic

8. The final nail in the coffin of the European Super League. Why will the project die?
It seems that the “schismatics” have no prospects for a successful fight with UEFA and FIFA…

9. Australian Open again with the champion. Djokovic arrives in Australia on December 27
Novak allowed to compete

10. Between Surkis and Guardiola. What to do Tsygankov
Blogger Aroged – about the situation in which the leader of Dynamo found himself

The semiconductor market is shrinking sharply: possibly the largest decline since 2009

Resident Evil 4 Remake: Modern design techniques with the vision of the original