How to break three court streams in Genshin Impact 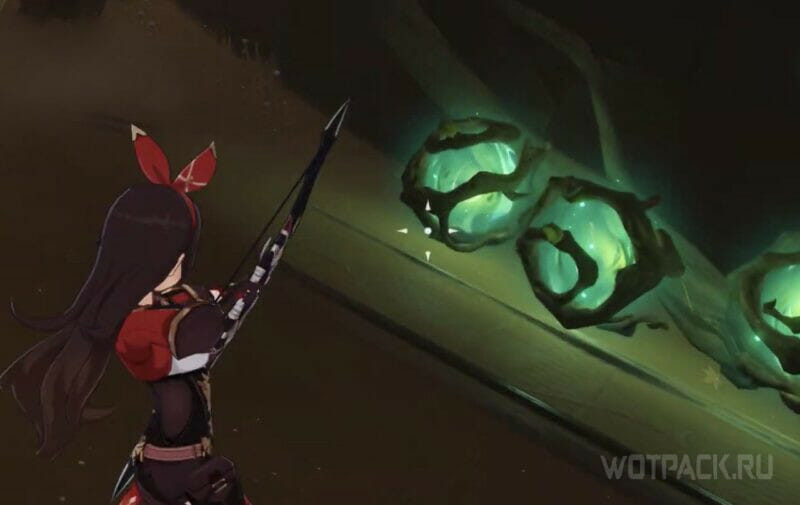 Break the three Suda streams in Genshin Impact – part of the world quest from the Sumeru desert called “Afratu’s Dilemma”. In it, the Traveler will have to explore the cabin of the golem left over from the great ancient civilization of Dahri and destroy the seals. About where the three streams of courts are and how to break them, read the guide.

In the process of completing the previous points of the task “Afratu’s Dilemma”, the Traveler enters the golem and finds himself in a multi-story cabin. At this stage it is necessary destroy the three streams of the courtsto stop aggressive automaton activity. Let’s see where each of them is located.

The first stream of courts behind the barrier 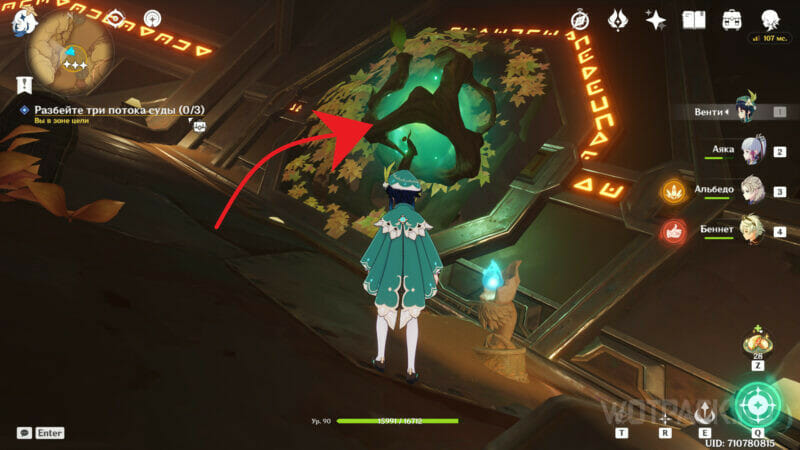 First stream of courts can be found on third floor cabins. It is easily reached with the help of four-leaf clovers. The right place immediately catches the eye: this is a passage blocked by a seal in the form of a green clot, and plants. To destroy the barrier hit the seal simple attack any hero.

This will allow you to get to 3 sealed courts. Hit them with a normal attack to break the stream of suda. After that, a short cut-scene will start, which will show that it is now possible to get into the room on the fourth floor of the cabin. She will be the next destination.

The second stream of courts under the ceiling

To find second stream of courtsuse the four leaf clovers and get to fourth floor mechanism. The traveler will find himself in a room with two seals on both sides: the one that on the right, will bring the courts to the streamand the one on the left – to the usual chest with molds.

After destroying the obstacle, open access to three seals. They are high up on the ceiling, so you will have to use targeted attacks to break them. archer, such as Amber or Collei. Then a small cut-scene will begin, in which you can see how the passage opens down, under the main cabin of the mechanism.

Third stream of courts on the lower floor

Third stream courts waits on the lowest floor of the golem. Climb down with the four leaf clovers and drop down inside the tunnel.

Looking around, you can see 6 seals – they are located close to each other, two in three places. Shoot at each of them and break the third stream of courts. Climb up with the help of the wind current and go into the golem’s cabin.

We hope this guide helped you figure out how to find and break the three Suda streams in Genshin Impact. Write to comments, if you still have questions, read how to get achievements in the Afratu’s Dilemma quest and follow the Genshin Impact guides on our website.

Nintendo Switch, the security flaw fixed: hackers a bounty of $ 1000

Approached the leaders. Budivelnik defeated an opponent in the Balkan League

Aroged: The government included the project to create a national mobile operating system "Aurora" for 480 billion rubles in the NOPO roadmap