I went to a party in Courchevel. It became known how Zhevago was detained 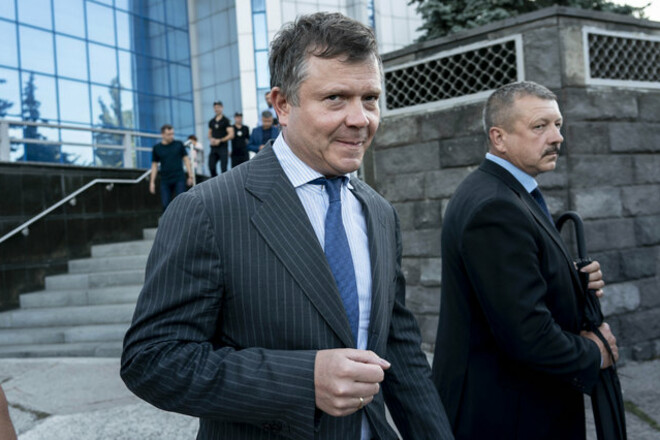 Fugitive oligarch’s lawyers Konstantin Zhevago they asked him not to go to France, where he recently appeared, but for the businessman it turned out to be more important than the annual obligatory ritual – a party in the resort of Courchevel.

On December 28, at the request of the State Bureau of Investigation, a Ukrainian businessman and former MP Konstantin Zhevago, who is a defendant in several criminal cases in Ukraine, was detained in the ski resort of Courchevel in France.

According to the UP, around 17:00 Kyiv time, Zhevago’s private plane flew from London to Geneva, which is located near Courchevel. His lawyers could have been on board, who were probably very surprised that their client ended up in France.

In the summer, journalists managed to find Zhevago, who had long been put on the wanted list. They got the oligarch with a drone on a yacht near Monaco. After the Monaco Battalion was published, the SBI sent a request for the extradition of Zhevago.

After that, according to sources close to the oligarch, the lawyers advised Zhevago not to go to France. At first, Zhevago listened: he was in Spain, dined in Ibiza, visited London, Dubai (his yacht Z was recently moved there). But in the end, he didn’t hold back.

UP journalist Mikhail Tkach: “There is one important ritual for a person from the first step of the Forbes list. In winter – check-in in Courchevel. Party. So that the lawyers would not be nervous, the defendant assured that this year he would suffer in Switzerland. And 21.12. Zhevago’s plane flew from Dubai to Geneva. As I have promised. And seven days later, Zhevago was arrested in France in Courchevel. Who does not take risks does not drink champagne at the Hotel Le K2 Palace Courchevel.”

On December 27, the French police detained Zhevago in the ski resort of Courchevel in France at the request of the State Bureau of Investigation.

On September 27, 2019, Zhevago was informed of a suspicion as part of a criminal investigation into the embezzlement of $113 million from Finance and Credit Bank. Suspicions were also announced to a number of top managers of the bank. On October 9, 2019, it was reported that Zhevago was put on the wanted list in Ukraine. And in July 2021, the State Bureau of Investigation reported that Zhevago had been put on the international wanted list by Interpol.

Hogwarts Legacy: a clip shows the effects of the Edurus potion

The Last of Us, HBO TV series: the first episode will last 85 minutes

Fortnite x My Hero Academia: How to complete all challenges and get a free backpack