Pokémon is such a big brand that many are probably thinking: it’s always been around. The cult surrounding the collection of cute trouser pocket monsters is not that old, at least compared to other top franchises such as Final Fantasy.

From beetle to pocket monster

It all started in 1990: game designer Satoshi Tajiri saw a Gameboy for the first time, which spontaneously inspired him to create his own dream project. The Japanese had a light-hearted game in mind that would remind him of his childhood and his passion for collecting beetles. You should be able to collect animal-like creatures and trade them with friends.

Unfortunately, it wasn’t easy for Tajiri to convince his employer Nintendo of the idea. Only Super Mario mastermind Shigeru Miyamoto recognized the potential behind it and at the same time came up with an important trick that shaped the game and all its successors: two versions were to appear right at the beginning, which were largely the same in content and each contained a handful of exclusive creatures. So you really had to rely on the exchange option if you wanted a complete set.

The game was finished a whopping six years later and initially only appeared in Japan under the simple name Pocket Monster.

A new trailer for Pokémon Crimson & Crimson has been released. In it, fans get many more insights into the role-playing game of Game Freak. Among other things, there will be a completely open game world that trainers can explore according to their wishes. The team is also expanding the multiplayer experience and now lets four of you hunt for Pokémon. The release was also revealed. Pokémon Crimson & Crimson will be released exclusively for Nintendo Switch on November 18, 2022. 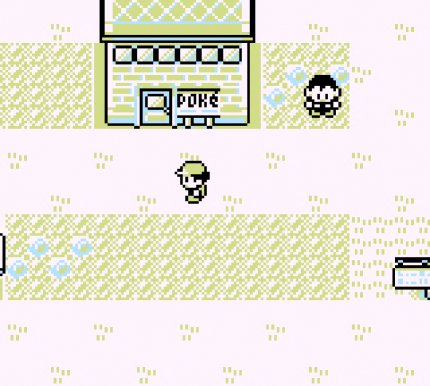 The simple graphics of the first Pokémon game for the Game Boy (pictured: Blue Edition) were reminiscent of stereotypical JRPG fare. Source: Nintendo / Moby Games At first glance, Pocket Monster looked like an ordinary RPG with its detached bird’s-eye view and box graphics, albeit with a child-friendly scenario. As a result, the player took control of a teenager who was encouraged by a professor to catch and train the so-called Pokémon.

From a visual standpoint, these Pokémon bore little resemblance to the bugs that fascinated Tajiri as a child. Instead, they were mostly reminiscent of cute creatures that were modeled on real animals or even objects and had individual combat and magic abilities.

The real Kanto region in Japan served as inspiration for the game world. The Pokémon mainly hid in tall grassy areas that had to be searched accordingly. If there was an encounter with one of the creatures, then a turn-based battle started. However, the player did not fight himself, but instead used one of his already captured pocket monsters. 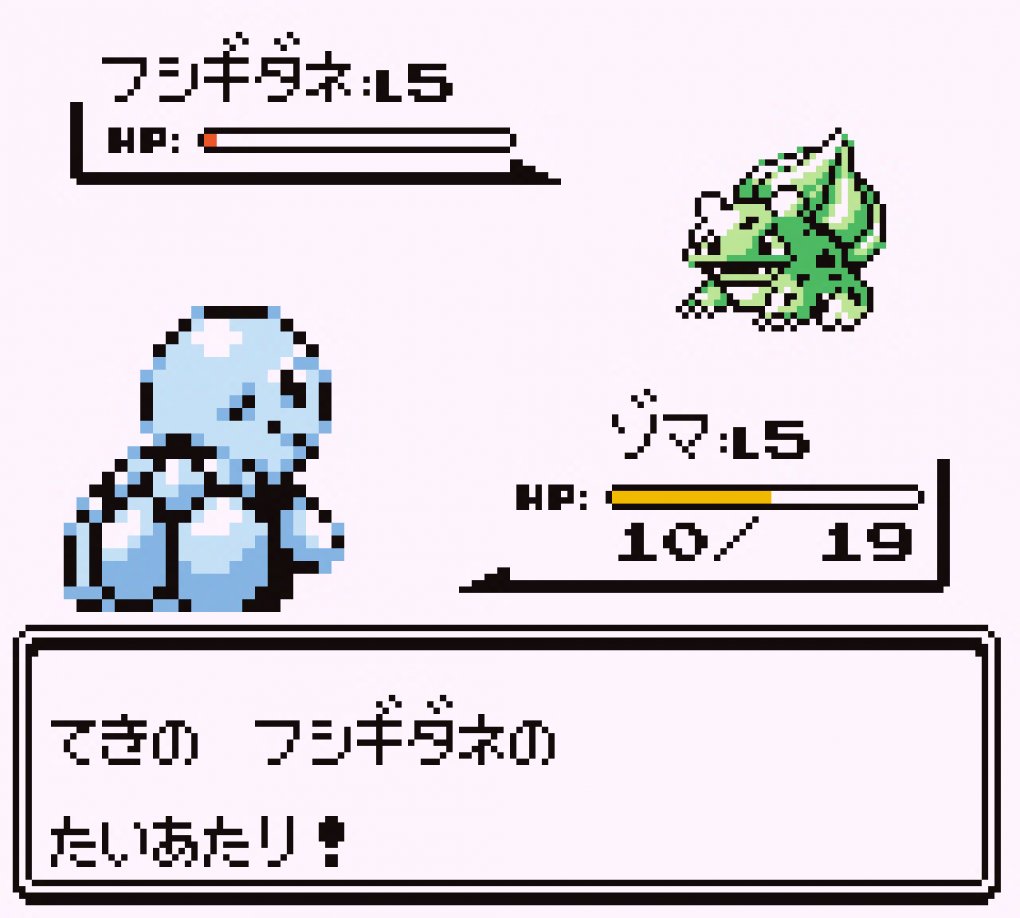 As soon as the opposing Pokémon was weak enough, you could catch it with a Poké Ball and a little luck and thus integrate it into your collection. Incidentally, this principle was remotely reminiscent of Dragon Quest 5 (1992), in which you could also tame aggressively hostile monsters and pull them to your side.

As the game progressed, you had to compete against other trainers, face off against your personal rival, and become a champion in arenas and leagues. Furthermore, one encountered the members of the enemy Team Rocket from time to time, who abused their Pokémon for criminal activities.

There were 151 different Pokémon in total. As just mentioned, the player could get hold of some of them through battles, while others represented more highly developed creatures. This was usually achieved by diligently leveling up caught Pokémon or by using special stones.

As suggested by Shigeru Miyamoto, there were two Pocket Monster versions right from the start: Akai (loosely translated red) and Midori (green). They appeared in February 1996 and were expanded to include the Ao (blue) version in October, which in turn slightly improved the game graphically and technically.

Reorganization at Xiaomi: director leaves and two co-founders take a step back

Bukayo SAKA: “So far everything is going according to our plan”