Lunin can be replaced by a goalkeeper from the Russian Federation. Real Madrid are looking for a new stand-in for Courtois 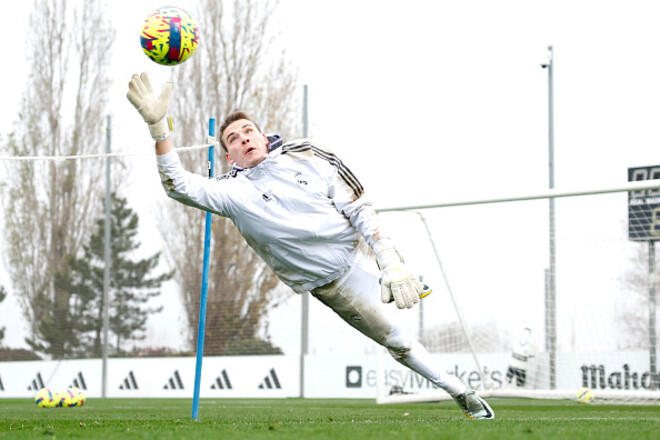 Ukrainian goalkeeper of the Madrid football club “Real” Andrey Lunin may be replaced in 2023.

The thing is that the contract of the Ukrainian expires in the summer of 2024. However, as has been reported, Andrey needs practice and not just being Thibaut Courtois’ understudy, so it is assumed that Andrey will go on loan.

The Spanish media suggested who, in this case, Real Madrid could replace Lunin:

The contract of the main goalkeeper of Real Madrid Courtois ends as early as 2026. But the above goalkeepers – in the summer of 2023, so the “creamy” will be able to get them for free.

The authors of Total War: Warhammer 3 named the most popular lord

Nintendo Switch: did you just get the console for Christmas? Here's what you need !

Nintendo Switch: Pro version is said to have been canceled by Nintendo - rumor

Grounded: Obsidian’s garden of survival is still growing with Update 1.1

The Callisto Protocol: PC configs revealed, will the horror be within reach of your computer?

LG presents revolutionary elastic screen to use not only on smartphones