Marvel: Who are the Fantastic 4? And why aren’t they in the MCU yet?

No other group of heroes has been as emblematic of Marvel Comics as the Fantastic Four. Since their first appearance in 1961, the superhero family has traveled the universe battling super villains like Dr. Doom and the planet eater Galactus and discovered many concepts and beings that would be indispensable in the Marvel Universe today. It is unclear to what extent cartoonist Jack Kirby and Marvel mastermind Stan Lee were involved in the creation of the Fantastic Four. What is certain, however, is that Kirby, who accompanied the series until the mid-70s, was able to live out his science fiction ideas in it. While the superheroes of the ’30s and ’40s tended to involve magical powers, the Fantastic Four’s approach was more realistic. The four founding members get their superpowers on a trip into space and their scientific curiosity is also a theme in the comics.

Who are the members of the Fantastic Four?

While various members of the team have dropped out of the group and been replaced by other heroes, at their core the Fantastic Four remain close family ties. It consists of: 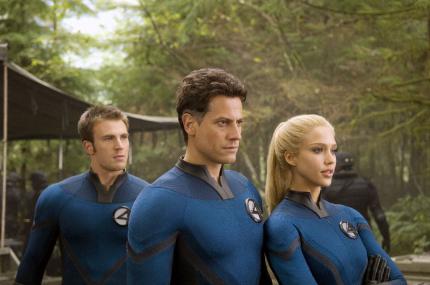 MCU: There have been numerous attempts to successfully bring the Fantastic Four to the cinema – here is the cast of the 2005 version. Source: Constantin Film

Reed Richards – Mr. Fantastic: The leader of the Fantastic Four not only has a huge mind and a lot of money, he can also stretch his body almost infinitely and make it elastic. Sue Storm / Richards – The Invisible Woman: Reed’s wife Sue has the ability to turn invisible and has psionic powers. She is also the one who constantly mediates between the team’s hot-tempered men.Jonny Storm – The Human Torch: Sue’s younger brother is not only a hot-head, he has also been given the ability to ignite his body, shoot jets of fire and fly .Ben Grimm – The Thing: The best friend of the family, Ben Grimm, has changed the most on the outside. His skin has turned rock hard and he has superhuman strength but always looks like a monster, which gnaws at Ben a lot.

At times, superheroes like Spider-Man, She-Hulk, Black Panther or Storm from the X-Men were also members of the Fantastic Four. Beyond their own adventures, the Fantastic Four regularly appeared in crossover events, influencing the Marvel Universe.

This cosplayer has finally brought a distant scene from Avengers: Infinity War to life with a phenomenal outfit!

MCU: Rumor has it that this popular villain isn’t dead after all!

Nobody really dies in comics: an acclaimed MCU villain is rumored to return in a later Marvel phase. 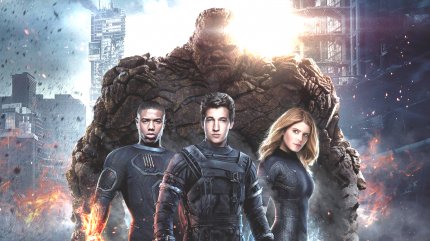 A problem common to all Fantastic Four film adaptations: no one was 100% sure what to make of Marvel’s first family of heroes. Many of the ideals from the ’60s, such as the Fantastic Four’s classic family structure and values, were so ingrained in the group that modernizing the superheroes properly was a problem. The films also struggled to portray the Fantastic Four’s nemesis, Dr. Doom to portray adequately. Doom is considered one of the most important comic book villains of all time, with little or no mention of his charisma and brilliance in the films.

But that didn’t stop Marvel from bringing all sorts of details from the Fantastic Four stories it owned the rights to into the MCU, be it enemies like the Skrulls, the Kree, the Celestials or Namor, who recently made his debut in Wakanda Forever had an appearance. At least since the purchase of Fox and 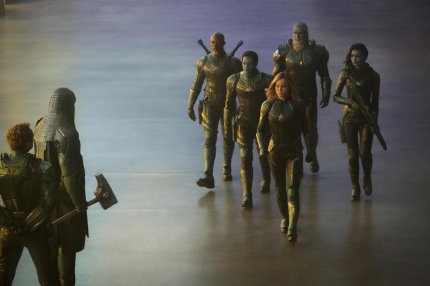 MCU: Many creatures from the MCU have their origins in the Fantastic Four – such as the Kree. Source: Marvel the return of the rights to Marvel and Disney therefore raises the question: When will the Fantastic Four finally make their first appearance?

If Marvel has its way, it will be in phase 6 of the MCU at the latest. As the first film in this final phase of the multiverse saga, Fantastic Four is scheduled to open in November 2024. However, Marvel’s first family of heroes was mentioned in phase 4. Strange and the Multiverse of Madness mentions Dr. Strange that he knows Reed Richard’s name when he encounters an alternate universes version of Mr. Fantastic. The fact that the Fantastic Four arrive at the climax of the fight against Kang the Conqueror in the MCU fits perfectly. Not only is Reed Richards a scientific genius and could take the place left by Tony Stark, a version of Kang is none other than his own son.

The authors of Total War: Warhammer 3 called the most "successful" lord

Google: Stadia Controller gets Bluetooth update as a farewell