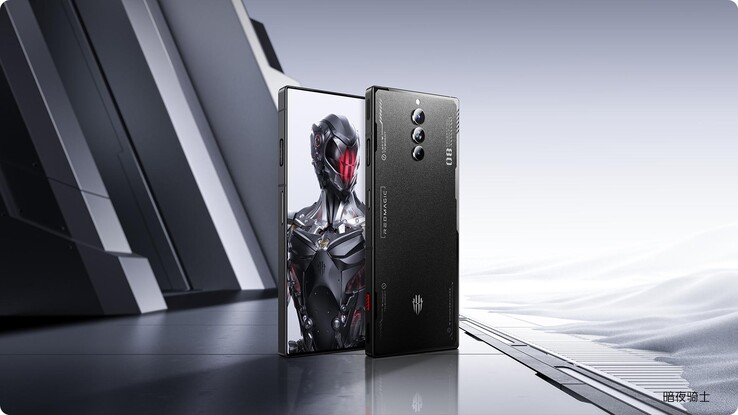 December 28th, 2022 at 12:30 p.m. by Rhonda Bachmann – It is already available in China, in the rest of the world you have to wait until January 16th: Nubia is launching the Redmagic 8 Pro. The gaming smartphone will be one of the first devices to feature Qualcomm’s Snapdragon 8 Gen 2, which will be unveiled in November 2022.

Just last August, the Chinese smartphone manufacturer Nubia brought the Redmagic 7S Pro gaming smartphone to Germany. Now the next launch is already pending for the ZTE subsidiary. The Redmagic 8 Pro has been available in China for a few days. The rest of the world will have to wait until January 16, when they will get one of the first smartphones already equipped with Qualcomm’s Snapdragon 8 Gen 2.

The Redmagic 8 Pro has a 6.8-inch AMOLED display and can display a resolution of 2,480 x 1,160 pixels with a frame rate of 120 Hertz. The triple camera is housed on the back, consisting of the main camera with 50 megapixels as well as an 8 megapixel ultra wide-angle and a 2 megapixel macro camera. The housing of the gaming smartphone is made of aluminum and has control buttons on one side.

The device is equipped with a 6,000 mAh battery that is charged with 80 watts. A 2,068 square millimeter vapor chamber and an active fan are responsible for cooling. In addition to the Snapdragon 8 Gen 2, the gaming chip RedCore R2 should also ensure special performance.

Microsoft and Activision: FTC's complaint to block the acquisition goes against the US constitution, according to Xbox

Is Deathloop 2 already in development? Colt and Julianna back to work with Arkane