Pokémon: A fan painted his dog from Pikachu taking him to an NBA game 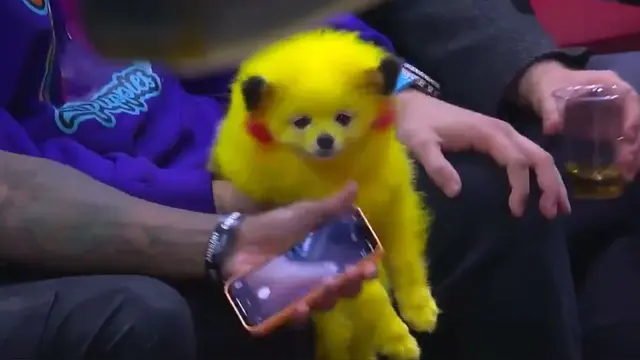 a fan ofNBA and gods Pokémon he painted his dog from Pikachu and brought him along to cheer on the game between the Miami Heat and the Minnesota Timberwolves. The poor animal was then colored a very bright yellow, with red spots to represent the cheeks and with two brown stripes on the back.

Of course, the other spectators and even the match presenters didn’t miss this, so much so that they commented on it live. A clip it immediately landed on Twitter, where we can hear what was said about it, amid amazement, jokes and a contemptuous: “I don’t think that dog signed up to be treated like this”.

Also comments to the tweet itself they were no less harsh, partly because of the decidedly ridiculous appearance of the poor dog, partly because according to some, subjecting him to such treatment was a form of real torture.

Over the years it has been shown that the use of some dyes on animals can damage them irreparably, including a compromised immune system, the danger of burns and skin diseases, so much so that in some states it is illegal to do so. Hopefully, the Pokémon fan used at least one pet-safe dye in this case.

These Square Enix games you won’t be able to play soon… even if you bought them!

Sales: Sony XM4 bluetooth headphones try to compete with the Airpods Pro at a reduced price