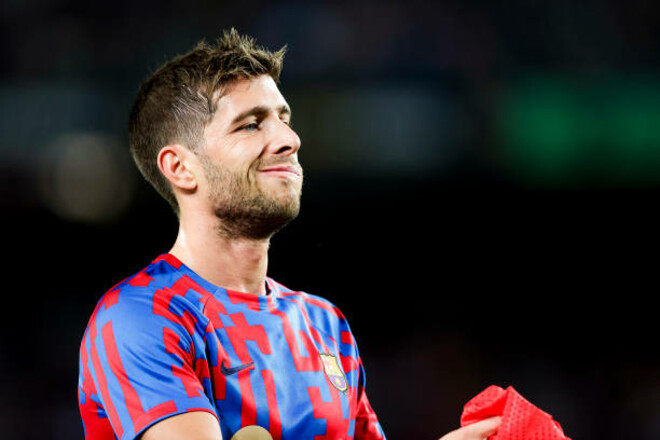 30-year-old Spanish midfielder of Barcelona Sergi Roberto, who is the team’s vice-captain, spoke about the details of his contract with the club. The new player contract is calculated until the summer of 2023.

“Now I am making money as a player who just came to the starting lineup from Barça B. But I’m proud of it because I want to play here. I wanted to stay, so I enjoy. For me, the economic side of the issue is not so important. Now I want to have fun.

One year? Okay, one year then. I wanted to get in shape and enjoy football again. I didn’t have to take a pay cut because my previous contract had expired. It was necessary to negotiate a new agreement,” said Roberto.

Sergi Roberto is a graduate of Barcelona. He made his debut for the Blue Garnet first team in the 2010/2011 season. In the ranks of the Blaugrana, the midfielder won 23 trophies.

Earlier it became known that Sergio Busquets changed his mind about leaving Barcelona at the end of this season.

China: Autonomous taxis are already a reality, and they run at night!

Voice of Cards: The Beast of Burden – im Test (PS4)

Death Stranding and Kojima Productions: ‘at the beginning we had absolutely nothing’