You don’t have to have played Dark Souls to know that a game can be potentially deadly for its characters. And that applies not only to electronic games, but also to role-playing games such as Dungeons and Dragons or The Dark Eye. There can be many reasons: The group overestimates itself and challenges an opponent that is far too powerful. The game master screwed up the balancing and expected too much from his players. The dice just aren’t on the player’s side one night, and a fight they should have easily managed becomes a deathtrap.

The potential for player character deaths is always there. However, it is not the case at every table that heroes can actually die. In fact, the question of whether or not player characters need to be immortal is a hotly debated topic in the roleplaying communities. It is therefore high time that we also dealt with this question here.

• painting miniatures
• The role play of the character
• Worldbuilding
• terrain construction
• planning fights
• romances
• online games
• accents
• group conflicts
• The perfect trap
• Small LARP rounds
• find names
• Improvisation
• Compelling villains
• The right atmosphere
• Role-playing psychology
• Fantasy Wedding (Part 1)
• player character deathsYou put many hours of life, creative energy and love into a character and then suddenly he should just die? That’s not possible! For some fans of role-playing games, this idea is unbearable. They want to see their hero go from no-name to heroic fighter. A character death midway doesn’t fit and repel that notion. It’s like those movies where the main characters sometimes enjoy a superhero bonus: no matter how much they take, no matter how grim it looks, they will eventually get back up and save the world.

A silver lining on the horizon that you can rely on. That’s why there are game masters who play non-lethal campaigns with their groups. These are exactly the same as traditional campaigns, but player character deaths are excluded from the start. An attack intended to reduce health to zero will only cause the hero to faint – while remaining stabilized – with no applicable dying rules applied. After the fight or after a short recovery period, he can stand up again instead of having to look at the radishes from below.

Heroes are only human too… 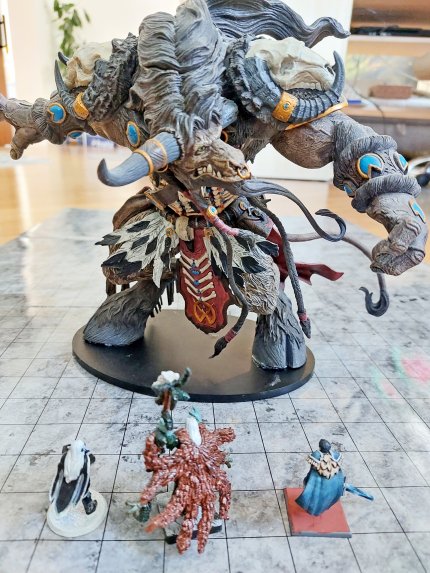 Battles that sounded exciting and well balanced in theory can turn out to be potentially deadly in practice. Source: buffed … or elves. Or gnomes. Or whatever they are, those power-hungry demigods who think they’re immortal. But they aren’t, and that creates an important part of the tension in a story. Fans of permanent character deaths know this. They are aware that their actions have consequences and that they must approach things with the necessary caution to increase their chances of not only being victorious, but also going through with no major losses. Choose your enemy wisely or it will be your last, is the motto here.

The second important argument for the fact that player characters can also die is the resulting tragedy of a story. The great tragedy when the shining hero falls. You either like it or you don’t like it. Some players enjoy the deep emotions they go through themselves when burying their character. At the same time, events like this bring the survivors of the group even closer together. The mock grief shapes the surviving heroes and has the potential to transform them deep down.

So how are you supposed to know if your party is willing to accept the painful emotions associated with character deaths? Or does she want a smooth, happy game where nothing worse happens? Very simple: Talk to your players! For exactly such questions there is the so-called Session Zero before the actual start of a new campaign. Characters are not only built here and the themes or taboos of a game are defined. This first encounter is also perfect for finding out how everyone involved feels about the possibility that their characters might not survive to the end. Your game master doesn’t address the topic at all at the beginning? Then, as a player, simply approach him and ask how he intends to deal with it.

Samsung has removed the expected feature in the Galaxy S23 family!

Suda51 and Grasshopper Manufacture are working on a new game

Cheap but excellent smartphone, the Google Pixel 6A is entitled to a great promotion!

iPad Pro M2 (2022) is official: Apple is charging a full price for the new SoC | NextPit