In a message to the community, the developers at Platinum Games pointed out that the “Luka’s Mission” DLC for “The Wonderful 101: Remastered” is still in the works. To coincide with this announcement, a new video has been released that gives a sneak peek at the DLC. 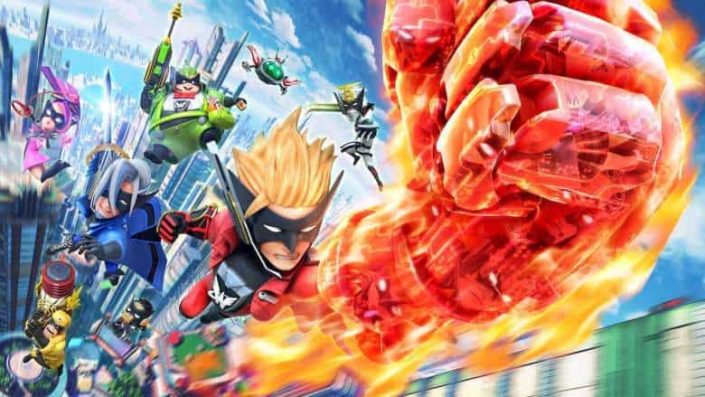 In May 2020, the creators of Bayonetta and NieR: Automata at Platinum Games released The Wonderful 101: Remastered, a technically overhauled re-imagining of the original Wii U exclusive.

Anyone who has followed the project will know that the development of the remaster was funded by a Kickstarter campaign and thus with the support of the community. The stretch goals achieved at the time also included the DLC called “Luka’s Mission”, which unfortunately has completely disappeared from the scene in recent months. However, according to Platinum Games, we shouldn’t take this as a bad sign.

Instead, the Japanese studio confirmed just before the turn of the year that work on the DLC for “The Wonderful 101: Remastered” is still in progress.

To coincide with this announcement, a video has been released showing moving images of the “Luka’s Mission” DLC. According to official information, the downloadable episode will differ significantly in terms of gameplay from the superhero hustle and bustle of the main adventure and will offer you a classic 2D side-scrolling experience in which you slip into the role of the eponymous character.

Platinum Games has not yet given the DLC a concrete date. “The Wonderful 101: Remastered” is available for PC, PlayStation 4 and Nintendo’s Switch and is based on the original released in 2013 both in terms of gameplay and content. In the role of numerous superheroes, which you control at the same time, you take on the fight against cunning villains.

More news about The Wonderful 101 Remastered:

“Unite Morphs can be more than just weapons! Build hang gliders and bridges to cross chasms, and hop and blast your way to great heights! Use your intelligence and strength to solve puzzles and persevere.”

More stories about The Wonderful 101.

Yakut survival game The Day Before was postponed to November 10

Call of Duty: the number of current contemporary players of the last chapters emerged