VIDEO. The world champion got married again. Weddings – in honor of the triumphs of Argentina 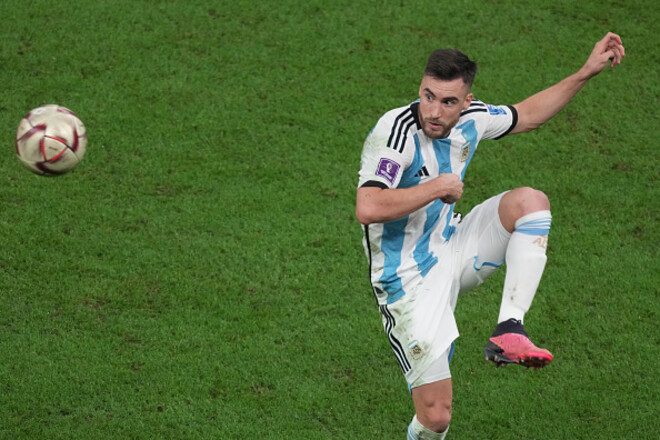 Defender of the French “Lyon” and the Argentina national football team Nicholas Tagliafico decided to get married again with his wife.

It’s all about the championship of the Argentine national team at the 2022 World Cup.

At the celebration, Nicholas held a copy of the World Cup, and the song “We are the champions” sounded in the hall. By the way, the football player even put on the gold medal of the world champion. It is interesting that the couple got married a year ago – after the victory of Argentina in the America’s Cup.

Tagliafico played 6 matches for the Argentina national team at the 2022 FIFA World Cup. He didn’t score with goalscoring. In the final against France, where Argentina snatched the trophy on penalties, Tagliafico spent 120 minutes on the pitch.

Congrats to Nico Tagliafico who got married ❤️

Epic Store is giving away Mortal Shell: Important Clues to the free game on December 29th

Sony WH-1000XM5: this premium headset drops below €300 for Black Friday

Ghost of Tsushima 2 anticipated by a Sony teaser? Absolutely no!