Coming to PC and Switch in March, Mr. Saitou is a touching game about finding the meaning of life in a world of overwork and social isolation.

Japanese-American composer and developer Laura Shigihara has unveiled the debut trailer for the next game in the Rakuen fantasy adventure universe. The new project is called Mr. Saitou. 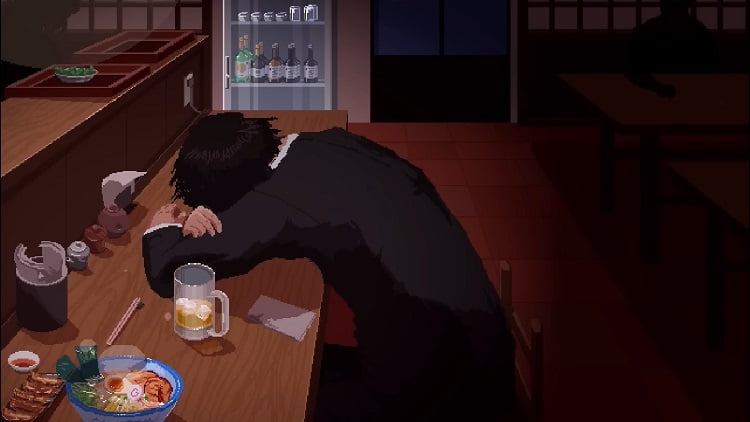 Mr. Saitou tells the story of an ordinary employee named Saito, who was a simple NPC in Rakuen, and in the new game he became the main character. The protagonist seeks to find the meaning of life in a world of constant overwork and social isolation.

According to the story, due to an accident, Saito ends up in a hospital, from where he is transferred to a strange fantasy world. A friend suddenly appears and takes the hero along on an adventure that will change his life.

Shigihara promises a touching story that is not without humor, a gallery of strange creatures, a charming visual style, an original soundtrack, and a short duration (the game can be completed in one run).

Among the features of Mr. Saitou is also called the opportunity to impress your boss, take a train ride, meet the Sphinx of basic mathematics, and explore the educational dungeon.

Release Saitou is expected as early as March 23, 2023 on PC (Steam) and Nintendo Switch. On the same day, Rakuen will premiere on the Nintendo hybrid console. The port was announced in May and was expected to be released before the end of 2022.

Among Shigihara’s projects, besides Rakuen and Mr. Saitou, including soundtrack work for To the Moon, Deltarune, and the original Plants vs. Zombies. It is Shigihara who performs the song Zombies on Your Lawn from the game.

Electric bike: aid still in force in 2023, but with a little disappointment

PS4 and PS5 games for less than 15 euros: the best offers on PlayStation Store

After all, we won't have Nintendo Switch Pro in 2024

Rumor: a new animated series in the Avatar universe will be released in 2025

A Plague Tale: Requiem has become a success – the game received a laudatory trailer