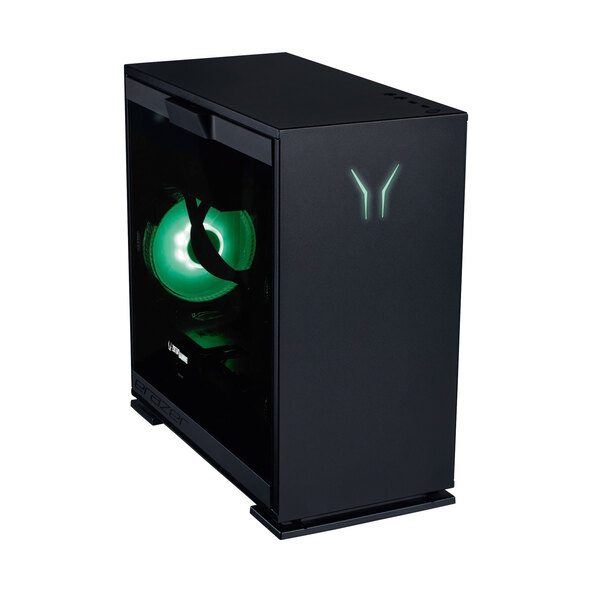 December 29th, 2022 at 1:15 p.m. by Maximilian Hohm – From January 2nd, Aldi will be selling a new gaming PC in its in-house online shop. In addition to a Core i7-12700, it also offers a Geforce RTX 3070, 32 GiB of RAM, an NVMe SSD and an all-in-one water cooling system. Therefore, read more about the new PC and which components are installed in the following.

Discounters have long since sold more than just food and hygiene products. In addition to tools and clothes, shops like Aldi now also have gaming PCs. Aldi has thus offered a valid alternative to buying a graphics card individually, especially during the mining crisis, because the price-performance ratio of the PCs is typically not bad. From 02.01. the discounter is once again offering a new gaming PC, which at 1,600 euros is in a sweet spot for many gamers.

Mifcom PC Tour: This is how gaming PCs are produced – infernal machines with fat hardware

The Engineer X20 (MD34800) offers a fast CPU with a Core i7-12700, which, however, is still from the last generation. However, the corresponding counterparts of Raptor Lake will only be presented at CES a few days after the PC goes on sale, so the compromise is bearable, a Core i7-12700 is nevertheless a fast gaming CPU. It doesn’t sit on a generic OEM motherboard, but lands on a Gigabyte B660M DS3H AX. It’s not a high-end model, but two M.2 slots and four memory banks leave room for future upgrades.

16:02
Gaming PC as a great value for money: Builds for every budget, purchase suggestions and more in the video

Fortunately, this time Aldi installed 32 GiB of RAM directly, so that nothing has to be changed here for the time being. Here, too, the Kingston Fury RGB DDR4-3,200 MHz relies on branded goods. A Geforce RTX 3070 is responsible for the image output. Aldi does not know the exact model, but the past has shown that it is often a Zotac graphics card. The RTX 3070 is still a fast graphics card that can be used to play all current games.

There is also an NVMe SSD with a terabyte of storage capacity, for which there is no further information. It can also be a model without a DRAM cache with QLC memory. The power supply is also a big unknown, and the performance class is not specified either. The hardware sits in an Inwin housing and a Cooler Master MasterLiquid ML120L is used for CPU cooling. In addition to the PC on which Windows 11 Home is preinstalled, the scope of delivery also includes a mouse. The PC, which is very balanced this time, will be available from 7:00 a.m. on January 2nd. sold in Aldi’s online shop.