Representatives of the GSC Game World team announced that today, December 29, a new video with the gameplay of their large-scale open-world shooter STALKER 2: Heart of Chornobyl will be demonstrated.

The video will be released on the channel of the gaming publication IGN at 22:00 Moscow time. The developers did not disclose any details, but only noted that the video will show the progress that they managed to achieve in the production of this project. They also posted a small animated screenshot showing the river and the Duga radar station. 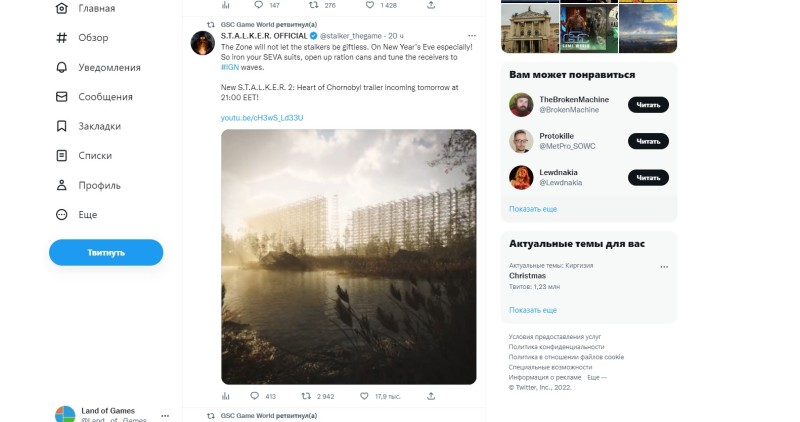 We remind you that the second part is created on the basis of the Unreal Engine 5 graphics engine and will be released on PC and Xbox Series X next year. Initially, its release was planned to be carried out on December 8 this year.

What is the best Nintendo Switch game of 2022?

Roberto FIRMINO: I will work hard to return to Brazil

The Playmobil Naruto collection is available!

One UI 5: The list of Samsung smartphones eligible for the update to Android 13 | NextPit