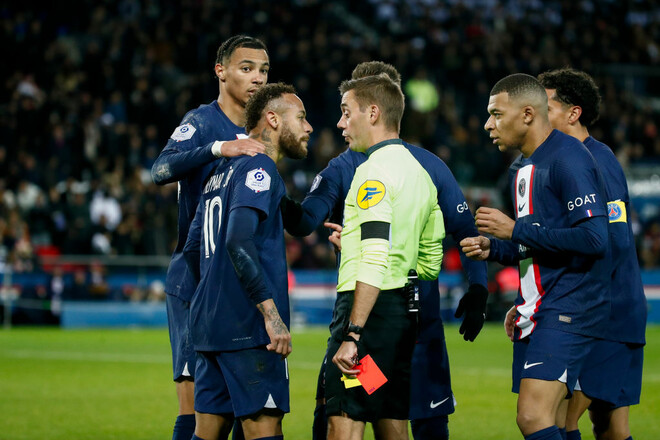 One of the leaders of PSG Neymar was sent off in the match of the 16th round of the French championship with Strasbourg (2: 1).

In the 61st minute of the match, Neymar received a yellow card for a slap in the face of Strasbourg midfielder Adrien Tomasson. A minute later I saw another card in front of me for simulating a fall in the opponent’s penalty area. After the removal, the Brazilian also managed to talk in a raised voice with the referee Clement Turpin, for which he risks receiving additional punishment.

It is reported that immediately after the removal, the star footballer left the Parc des Princes arena without waiting for the end of the match and without obtaining the permission of the head coach.

Note that this was the fifth removal of Neymar during his career at PSG. The Parisians will play their next match on January 1 against Lens.

Yuriy SAPRONOV: “Shevchenko is a block and does a lot for Ukraine”

Rumor: Ben Affleck could play one of the Marvel villains

The future of Xbox and Microsoft: between certainties, doubts and important challenges

Nintendo Switch promo: the best game on the console, The Legend of Zelda: Breath of the Wild is at an unprecedented price!

Xiaomi MIJIA Pulsator: the washing machine that will help you save water