PALKIN: “FIFA got into the pocket of Ukrainian clubs and pulled out the main asset” 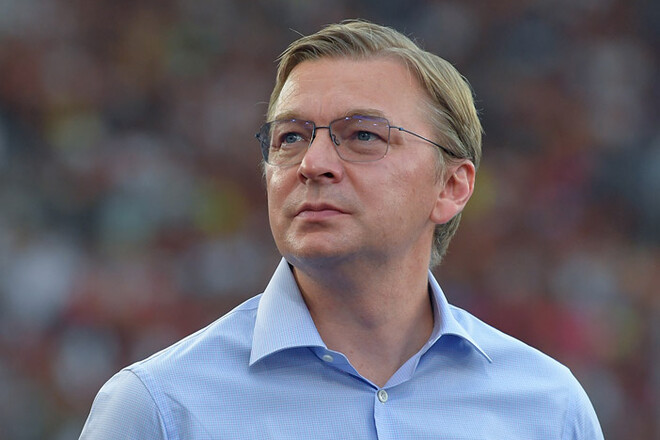 CEO of FC Shakhtar Sergey Palkin He told at what stage the issue of the lawsuit against FIFA in the Court of Arbitration for Sport is being resolved.

“We had a CAS meeting in Lausanne on December 22, and I think we performed quite well: our team looked confident, we provided all available information, all the evidence base that FIFA accepted the wrong solutions. Moreover, during the meeting itself, where FIFA representatives and referees were present, one of my main messages was the following words: “How can you interpret Ukraine in the same way as Russia? If you do not understand the difference, then I can explain to you now. And I saw that at that moment they were ashamed, they seemed to become shorter when you told them about it. I tried to get through to them. After all, there are discussions on the essence of the issue, but there are general conversations, and in them I explained that the whole world supports us, and they put Ukraine on the same level with Russia and treat us the same way. You know, it’s like everyone thought that Russia would deal with us in two days, but so far they have not succeeded.

It’s the same with FIFA: yes, we can lose the battle, but we won’t lose the war for one simple reason – we have the truth. And the truth must win, both on the battlefield in our country and in our relationship with FIFA. What is the question? What has FIFA done? I got into the pocket of Ukrainian clubs and just pulled out the main asset from there. That’s all. Today, foreign players, no matter what nationality, are free to do whatever they want. They have agents who understand that they can make money by taking players for free. And instead of paying the club, European teams will pay agents personally. The money factor came into play there, and that was it.

FIFA says it was just trying to protect the players. But I also explained to them that we didn’t call a single player back, we already had agreements with each of them and with their agents, transfer contracts were almost signed with some of them, which could bring income to the club. And we could invest this money in some other players. Otherwise, how can we play if there is no half of the team. Back then, I tried to explain to FIFA that we would start the championship of Ukraine, that we needed to play in the group stage of the Champions League, and you took away half the team from us. How can we be? And in the courtroom I asked the same thing: how can we exist? It turns out that they are pushing us to additional costs – inviting new players, which we actually did. We returned the Ukrainians, we spent money on transfers, salaries and so on. Therefore, I do not understand such actions of FIFA. And it all came from the fact that they simply did not want to talk to us – neither with our federation, nor with the UPL, nor with the clubs. They decided it there, among themselves, and made such a decision,” Palkin said.

The new season in MMORPG Conqueror’s Blade has already started

Kojima on the mysterious Xbox game: ‘everyone thought I was crazy, it’s an idea I’ve had for 6 years’