The soundtrack of the narrative adventure Pentiment is available on streaming platforms. A vinyl release will follow next year.

As Obsidian Entertainment announced, the soundtrack of the narrative adventure game Pentiment is available on several streaming platforms. A vinyl version will be released in the future.

The story of Pentiment takes place at the beginning of the 16th century and is also visually based on this period. The early music ensemble Alchemy provided the appropriate musical accompaniment and was able to do justice to the art style of the game.

Alchemy composed original music and adapted historical pieces from the 14th to 16th centuries. A variety of historical instruments such as shawms and hurdy-gurdies were used to accompany crucial moments in history. 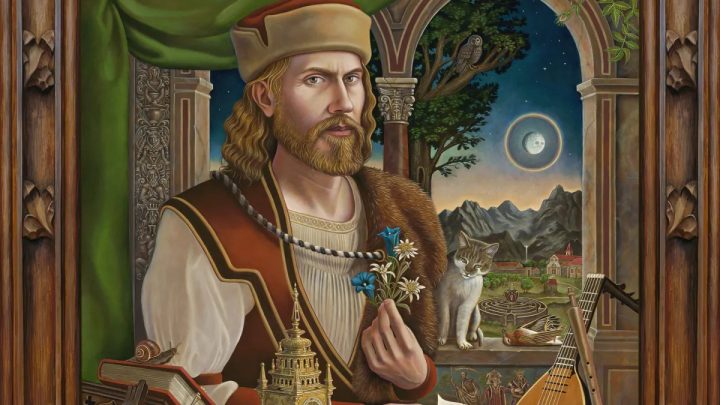 The design of the album cover artwork was also consistently authentic. The realization of the portrait of the main character Andreas Maler took more than 20 months using traditional techniques.

The painter Benjamin Vierling used a Renaissance-inspired mixed technique, alternating oil paints and egg tempera. Even a pentiment left was worked into the artwork. Below St Luke’s winged bull is a Mithraic tauroctony.

If you want, you can listen to the soundtrack immediately on Spotify or iTunes, for example, or purchase it on Steam. The vinyl double album will be released in 2023. It will feature Benjamin’s artwork on the cover, a gatefold with liner notes, and the painting of The Lady of the Labyrinth by Hannah Kennedy, Pentiments Art Director, on the back cover.

Key features of the budget-friendly Galaxy A14 have emerged!

Hardware Outlook 2023: CPUs, GPUs, Monitors and Co. - What will the coming year bring?