The features of the price-performance-oriented POCO X5 series have been announced!

Xiaomi‘s independent brand LITTLE BITcontinues its efforts to expand the X series, which is frequently preferred in Turkey and has achieved significant sales figures. The company recently X4 Pro 5G model While introducing the device, it started working on the continuation models of the device without wasting time. Finally, expected to be introduced soon POCO X5 New information about the series has arrived. Features of smartphones have been revealed!

What will the POCO X5 series offer users?

Kacper Skrzypek, who came to the fore with his leaks in the industry, shared new details about the upcoming POCO X5 models. Accordingly, the standard model of the series will not come with Snapdragon 4 Gen 1, contrary to what was previously claimed, but with Snapdragon 695. The device will have a 6.67-inch AMOLED panel with FHD + resolution that offers 120 Hz refresh rate. In addition, the smartphone will offer up to 8 GB of RAM, up to 256 GB of storage, a 5,000 mAh battery with 33W charging, a 48 Megapixel dual camera and 8 Megapixel front camera. Finally, apart from the product’s processor, Redmi It is expected to be the rebranded version of the Note 12 5G. 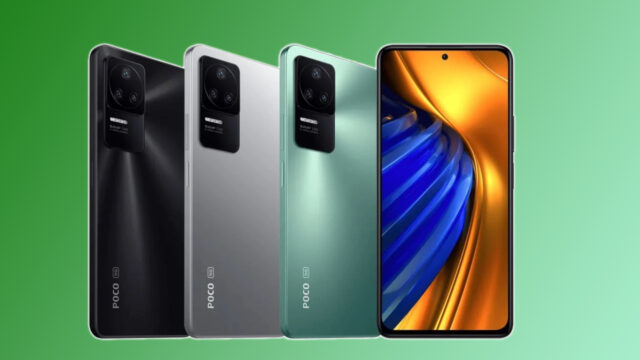 POCO has stepped up its efforts to add a new one to its flagship killer models. POCO F5 specs leaked.

Snapdragon 778G 5G is used in the Pro model of the series with high-end features. On the other hand, a 6.67 inch FHD + resolution AMOLED panel that offers 120 Hz refresh rate will be available on the device. Finally, it will take its place on the shelves with up to 12 GB of RAM, up to 256 GB of internal storage, a 5,000 mAh battery with 67W charging, a 108 Megapixel triple camera and a 16 megapixel front camera. In the meantime, it is not clear when the devices will be introduced. But according to information from sources close to the company, they will debut early next year.

PS Plus Essential: the games offered in February 2023 on the run

Aroged: Research: By the end of 2022, the number of online cinema subscribers has grown and returned to the level of the beginning of the year

Netflix: According to the British authorities, anyone who shares their account is liable to prosecution

Wireless gaming mouse promotion: The Logitech G Pro is the Elite of E-sport

Russian cinemas will show “Avatar: The Way of Water”

VALORANT Challengers Italy is coming: how the Renaissance championship is structured