WoW Dragonflight and the X-Files – Old storylines and their whereabouts

Azeroth is a great, eons-old place. No world in the cosmos can match the mysteries of the final titan – a planet-sized egg whose protectors wander blind and deaf on its surface, blissfully ignorant of the horrors that approach her world from beyond the cloud cover from the great dark beyond.

Far from the teeming cities of the inhabitants, a lance of light ignites on the islands where the dragons once sealed their pact with the titans. A bygone golden age seems to dawn, lit by Tyr’s beacon. However, if we follow the ray of light, rising through the stratosphere and following the blazing finger into the depths of the cosmos, we see a shadow shimmying along the light, drawn to the glow like a predatory fish in deep water.

Something ancient, alien is approaching our world to make it – “GNOM!” An empty ale mug lands with a thump on the table in a small tavern in Stormwind City. A human paladin’s gauntlets click softly as he rubs his forehead. “Please repeat that again and try to make sense this time.” Across from him sits a dwarf who gesticulates so wildly that the contents of his beer mug are alternately distributed over his beard, the table and the back of his neighbor. “GNOM! I swear to you, it was a gnome who was also a dragon! And we traveled through time together to prevent her assassination! 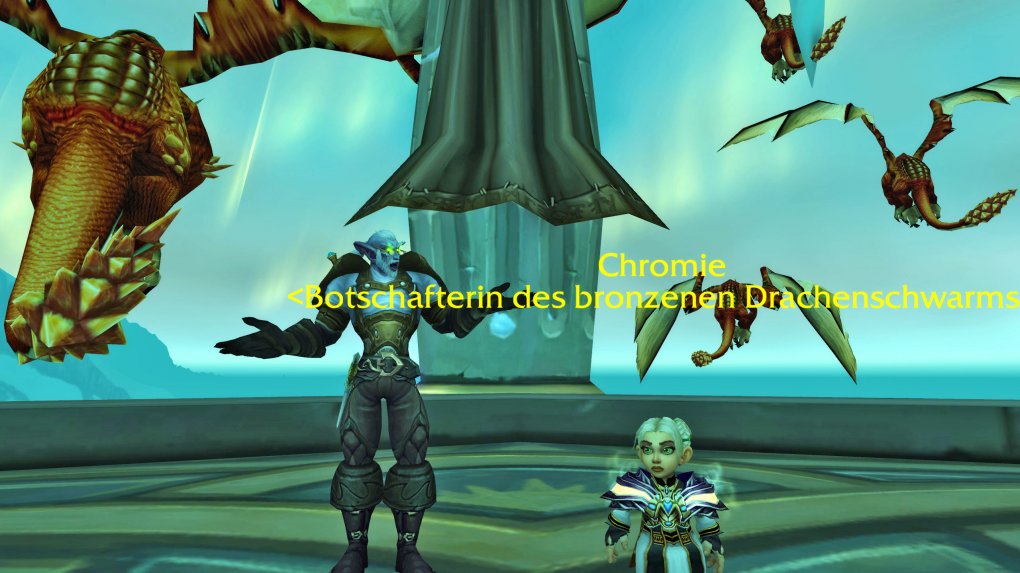 Chromie has a problem: she’s as good as dead! The Death Chromies was an extremely interesting scenario that will hopefully be continued with Dragonflight. Source: buffed

The paladin stares at the other person with narrowed eyes. And finally clears his throat quietly. “Are you sure you’re okay? Have you had a few disconnects lately? Has the ending of Shadowlands dented your jingles? You must know how that sounds to me, right? Time travel and gnome dragons, please …” “GNOME!” “Yes, yes, I know! Listen, we’re both going to the guild healer now and she’ll see if you might have a curse of foolhardiness stuck on you, okay?” Both figures rise to stagger over to their Guild Healer, sighing in exasperation, Wegbier in hand.Subject nine
Does anyone remember the hyper-intelligent raptor “Probe Nine” that you on the Horde side helped build a spaceship and colonize a new planet in the great dark afterlife? We want a sequel!

Above the clouds, an ancient, sinister entity watches equally indignantly what is happening on the planet’s surface. She is a world-destroying threat! Dangerous and risen from the abyss of time! If she didn’t know better, she’d swear the heroes of Azeroth aren’t looking for cosmic threats right now. Shrugging, the aeon-old consciousness turns around. If the players just like rather small stories, then they are just waiting for a few expansions. After all, she has all the time in the universe.

Tired of Zovaal, a super villain with a power level of over 9000 that nobody knows? Neither do we, and we have even better news for you: In Dragonflight, the threat will (at least initially) remain small and local! As we’re going back to the good old days of high adventure and lower motives with the new expansion, it gives us a good opportunity to explore those smaller stories. We therefore hope that the new expansion will bring a few old side stories to an end that have been in the game for a long time. In fact, some of these were only mentioned in the Warcraft Chronicles or the “Exploring” books and never appeared in the game. 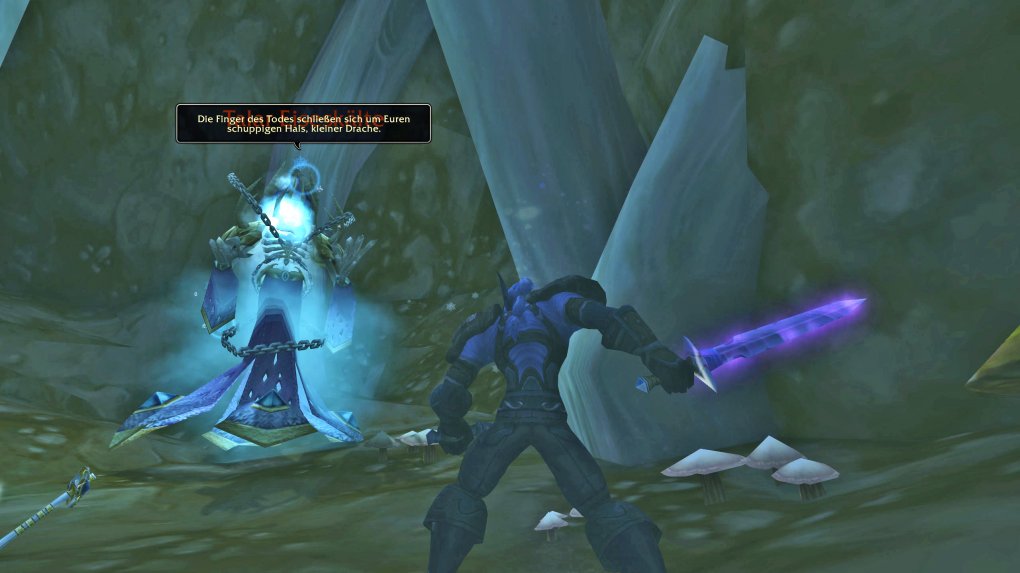 Who is the master that wishes Chromie dead so badly? Is it an alternate version of Chromie? Is it us? What is the paradox? Source: buffed

How about the Dragon Riders of Loreth’aran, for example? This night elf civilization lived on Bloodmyst Isle long ago and rode green dragons – perfect for the expansion’s new mount feature! What became of Chromie and the eight (!) time-traveling super assassins? Where are Magatha Grimtotem and her elemental horror circus? We delve deep into the filing cabinet of unfinished storylines and dig out the wildest, coolest, and most appropriate things for Dragonflight.

And no: Not all of it has something to do directly with dragons. So put on your detective gear, pull out your magnifying glass and follow us into the mysterious depths of the adventurous X-Files of Azeroth. Prepare yourself for some brain-twisting, as some of the stories are as complex as they are insane.

Rules for the archivists of the missing files

Before we get into the first story, let’s first establish a framework for our mystery bonanza. First, the stories must be so small that they cannot provide the basis for a full expansion. We’ve just covered speculation about the Devourers, the Seventh Power, Turalyon’s rise to warmongering, and Anduin’s fall into the shadows; this is about the small but fine details in Azeroth. Secondly, the stories must not be too trivial.

Malfurion Stormrage
We’ve already given Illidan his five minutes of glory, now it’s his brother’s turn: the thriving Dragon Isles are made for a performance by Azeroth’s most powerful druid. Let Malfurion play the role that Khadgar played before!Nobody wants to know in detail what Farmer Saldean of Westfall is up to these days, and whether his daughter made it to school in Stormwind or was a cart-pushing tramp in Scouting Hill the days around ears beats. After all, we’re still playing World of Warcraft (buy now) and not World of Lindenstrasse. Third: Dragons are not a mandatory ingredient in our wild story stew – but always welcome! After all, just because the expansion is called Dragonflight doesn’t mean you have to plug a dragon into the story at every turn. Even in Legion, alongside the omnipresent demons, there were also ghost stories, power games and folk myths that attentive players followed.

In summary, our X-Files must be local and mysterious, not too small in scale, and not necessarily dragon-related. All this limits us to a manageable selection of interesting facts and lost quests that have an influence on the world of WoW, but not again with life-changing dramas in the style of “wave wink, continent sink” in the lore blood straddle that there in Metaplot cracks. Our wish remains, even in our best-of list, to keep the spirit of Dragonflight alive: danger, adventure and mystery in the Hobbit style, instead of exploding cities in the style of Dragon Ball Z. Here we go!
One gnome, a thousand deaths

We start directly with a famous questline that was added in Legion patch 7.2.5 – and then consistently ignored by the writer team. At the beginning of the task, the player is contacted by the bronze dragon Chromie, who has a more or less big problem: She is as good as dead. Someone has sent eight time-traveling assassins to Chromie, so that the gnomin in several timelines at the same time in a horrifying way and way dies. However, as Chromie explains to you, the fact that she is dying is not the problem – she already knows about it and also knows the place and manner of her death.

From January 1, 2023, Sherlock Holmes will be in the public domain

Tesla: no, the Shanghai Gigafactory is not (yet) idling, we explain why

Android digital car key: what is it and how does it work

Ghostbusters: Spirits Unleashed is the ghost of fun. Review