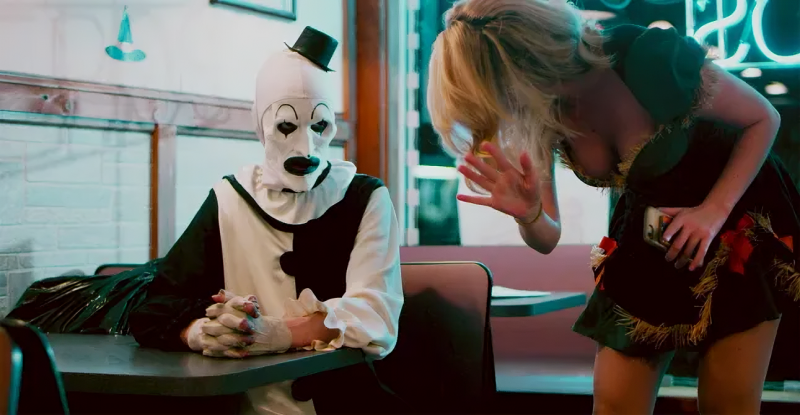 Fans of the Terrifying franchise are off to a good start in 2023, as rumors have been confirmed that a third installment about the maniac clown will be made.

For now, all we know is that David Howard Thornton will return as Art the Clown, and what writer/director Damien Leone tweeted:

One of my main goals for Terrifying 3 is to bring back the creepiness factor that was present in the original Terrifying short. There was a really creepy atmosphere that I’m still proud of. If all goes according to plan, Part 3 will be the scariest Horrific to date.

Terrifying tells the story of Tara Hayes (Jenna Kanell), who becomes the obsession of a sadistic killer known as Art the Clown on Halloween night. The low-budget horror film premiered at the 2016 Telluride Horror Show Film Festival and gained a cult following shortly thereafter. The film received mixed reviews, with critics praising the special effects and portrayal of the villain David Howard Thornton, but disapproving of the dialogue and lack of character development. The film has a 56% rating on Rotten Tomatoes.

The film received a surprise sequel this year, Terrifying 2, which was a modest box office success, grossing over $12 million on a $250,000 budget. The sequel also received better reviews than the original, receiving an 85% rating from critics and 80% from viewers on Rotten Tomatoes.

APL. Two own goals from Leicester defender give Liverpool victory