One Piece, Eiichiro Oda satisfied by the Netflix live-action: “exceptional work so far” 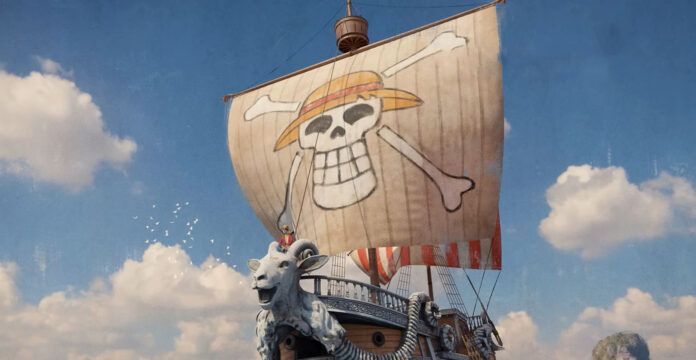 The One Piece Netflix TV series Eiichiro Oda also liked a lot. The creator of the manga, in a handwritten message shared by the Twitter profile Eiichiro Staff, expressed great satisfaction with the projects carried out in recent months and years. On the one hand, in addition to the obvious considerations on the manga – which is inexorably approaching the final stages – other words about Oda have spent on animated projects (RED in the lead) and connected ones such as Odyssey, a video game by Bandai Namco now close to release .

There were, of course, a few but significant lines dedicated to the live-action series in the pipeline with Netflix. The project, you will recall, announced in recent months, is still in progress. Fans remain divided on whether to really trust the streaming entertainment giant. Oda, however, summarily and briefly translating the message, seems enthusiastic about the work done. He was the first to say he was worried about the opening bars. He defines himself as demanding, but it seems that his fears – at least for now – have dissipated.

The cast of the series includes: Iñaki Godoy as Luffy, Mackenyu as Zoro, Emily Rudd as Nami, Jacob Romero Gibson as Usopp and Taz Skylar as Sanji. Filming for the first season wrapped up in August. The manga, however, during 2022 obtained the Guinness World Record. With half a billion copies sold, it is the most widely read in the world.

The One Piece manga continues to be ongoing today more than twenty years after the first time it landed in Italy, or in 2001. It is one of the best known and most successful franchises in the world, especially in Japan . Inside tells the story of a young pirate named Monkey D. Luffy who has a dream of becoming the Pirate King. In addition to One Piece and Death Note, a live-action adaptation will also arrive for My Hero Academia.

Ending 2022 in a blink of an eye!
I’m really happy that so many people have touched “ONE PIECE”.

We will continue to liven up the year 2023, so please look forward to it 🔥#ONEPIECE pic.twitter.com/fP3EmfiBhM

Fisherman's Repair in Genshin Impact: where to find the decor blueprint

Free "goose" clone of Among Us became a hit on Steam

Free PC games: a survival horror inspired by Resident Evil as a gift

Hogwarts Legacy: fantastic beasts and how to take care of them in the new Vivarium clip

Aroged: The crisis will not force Samsung to abandon the increase in chip production at the largest enterprise in South Korea

Amazon Prime: Prime Video, free shipping, which service are you most interested in?