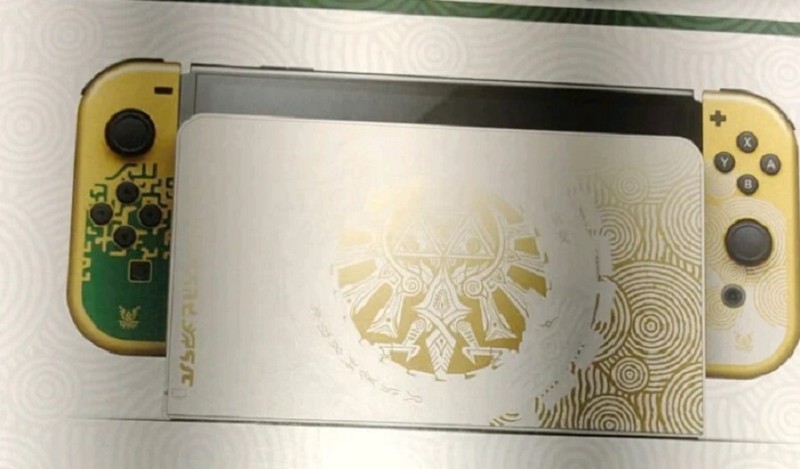 Images have surfaced online claiming to show a special edition of the Nintendo Switch OLED dedicated to The Legend of Zelda: Tears of the Kingdom.

Images of the console appeared on the Famiiboard forum at night, posted by user Kysen, however it is not known where the user found these images and whether he has the console in stock.

It is also possible that the images are an elaborate forgery.

If the console is real, then it includes two gold joy-cons, each decorated with ornate patterns. These patterns are repeated on the white dock, which also features the emblem in gold.

As with the special editions of Pokemon Scarlet and Violet and Spaltoon 3 for the Nintendo Switch OLED, the game is not included, suggesting that it may be released before The Legend of Zelda: Tears of the Kingdom release on May 12th.

In June 2021, after two years without significant updates, the platformer released a new trailer for Legend of Zelda: Breath of the Wild 2 and confirmed plans for a 2022 release. The game was later delayed until spring 2023. Finally, earlier this year, the game was officially named Tears of the Kingdom.

The new Zelda game reportedly grew out of the DLC ideas for the first Switch game to take on a life of its own, so while it should expand on what players have seen before, the foundation is likely to be similar.

Nintendo suggested that the tone of this game would be a bit darker. Both trailers certainly confirm this with their creepy music and creepy monsters.

Bloodstained: Ritual of the Night: Surprising news announced for 2023

Will the iPhone switch to USB-C? Understand everything about it in 7 questions

Aroged: In Russia, car sales halved by the end of the year

Avatar 2: There are already ideas for parts 6 and 7 – who will direct then?