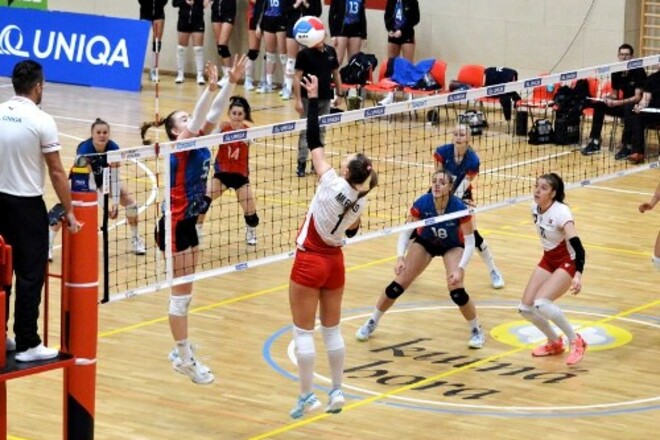 The day before the New Year, another round took place in the Extraliga Women’s Volleyball Championship of the Czech Republic. The Ukrainian club “Prometheus” from the Dnepropetrovsk region in the city of Kutna Hora hosted the Prague team “Olimp”, which in the first round on the site of the opponents lost with a score of 0:3.

This time the match went on for five games. The guests took the lead twice, and they won in the first and third sets with the same score 24:26. But to the credit of Ivan Petkov’s wards, they found the strength to equalize the situation, winning in the second and fourth games 25:17 and 25:22. And then, at the tie-break, the Ukrainians simply defeated their opponents, leaving them no chance of success 15:6.

In the standings of the Czech Extraleague, our Prometheus continues to lead and is one point ahead of Prosteev, the second-placed reigning champion of this country.

Very soon already 5 January In 2023, both leaders will meet each other in the city of Prosteev.

Steam: new special offers for some of the best PlayStation exclusives