The announcement of the GeForce RTX 4070 Ti graphics card is expected as part of the NVIDIA event, which is scheduled for January 3, on the eve of CES 2023. Independent reviews will appear the next day, and international sales will start on January 5. Representatives of the Russian retail network DNS reported that a new generation video card based on the Ada Lovelace architecture will not keep you waiting in Russia either. 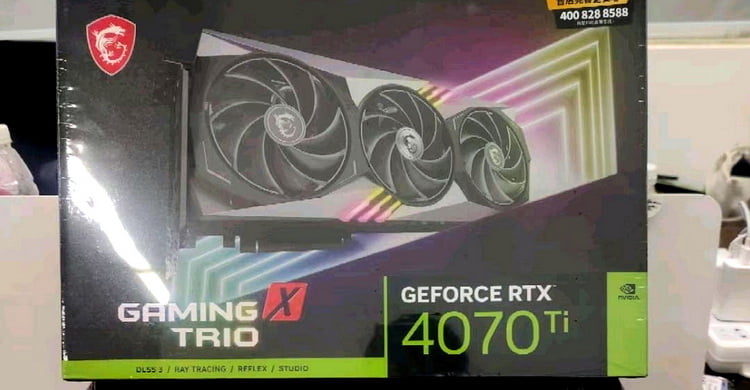 The official DNS blog states that the start of sales of the GeForce RTX 4070 Ti will take place on January 6, 2023 at 08:00 Moscow time. Probably on the same day, or maybe even on January 5, other domestic stores will also start selling the new video card. The price of new items in Russian retail is not yet known.

Recall that the GeForce RTX 4070 Ti is a renamed GeForce RTX 4080 12GB, the release of which NVIIDA had previously canceled. Its graphics chip contains 7680 CUDA cores. The processor runs at up to 2.61 GHz. The card received 12 GB of GDDR6X memory. The memory of the novelty operates at a speed of 21 Gb / s per pin and supports a 192-bit bus, which gives a bandwidth of 504 GB / s.

The accelerator is equipped with one 12 + 4-pin connector for additional power, which is more than enough for a video card with a declared power consumption of 285 watts.

The reference version of the GeForce RTX 4070 Ti is not expected. Its implementation is entrusted to NVIDIA partners.

The next game from the creator of Bioshock has a release window, and it’s not for now…

Batman: Ben Affleck is back in the DC Universe, but... The fans are going to complain!

Rafael Nadal: Pele's legacy will always be with us

Netflix: The meticulous revenge of this teacher will paralyze you in this Kdrama!

Netflix: Basic subscription without advertising has been hidden for new customers