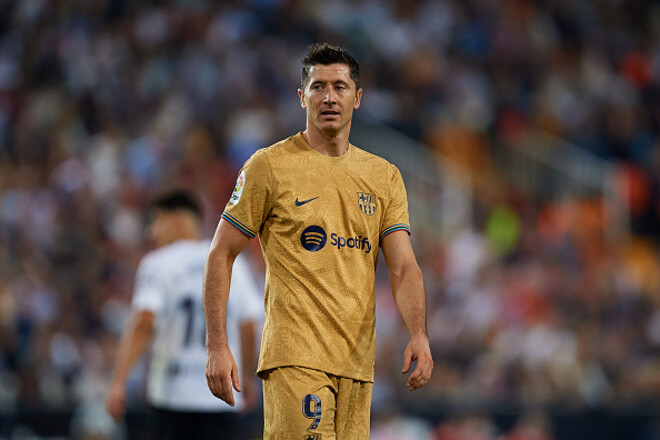 Catalan football club “Espanyol” published on his website an official statement after the Central Arbitration Court of Madrid allowed the Polish striker of Barcelona Robert Lewandowski play tomorrow against them.

The fact is that Lewandowski’s suspension was suspended due to the fact that Barcelona filed an appeal and it takes time for this request to be considered.

Espanyol sees no reason forcing the authority to make such a decision. In their opinion, the interests of Barcelona for some reason were placed above the interests of other clubs, which must urgently adapt to the new conditions.

Note that on November 8, Barcelona played in the 14th round of La Liga against Osasuna. In that match, 34-year-old Robert was sent off the field, and when he left him, he showed an indecent gesture. The Sports Administrative Court ruled for this incident to disqualify Lewandowski for three games.

By the way, the match between Barcelona and Espanyol will take place tomorrow, December 31st. The starting whistle will sound at 15:00 Kyiv time.

The authors of Atone: Heart of the Elder Tree showed the game world

Buy a ready-made gamer PC or build a machine from scratch?

Games with Gold: These are the "free" games for Xbox in January 2023

A Plague Tale Requiem and Evil West are a success: Focus Entertainment satisfied

Sega believes his “Super Game” will gross over $ 600 million