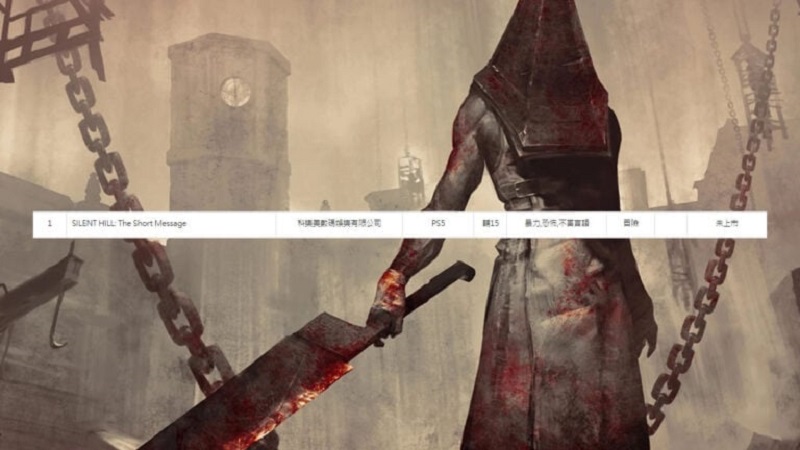 The Taiwan Digital Game Rating Committee has assigned an age rating to Silent Hill: The Short Message for PlayStation 5.

Silent Hill: The Short Message was first rated for unspecified platforms by Korea Game Rating and Administration Committee back in September.

STALKER 2: the exclusive Xbox finally returns to the charge and she is beautiful to cry

Aroged: The President of South Korea scolded lawmakers for being stingy in allocating subsidies to the semiconductor sector