The Telegram team has released the messenger update 9.3, the last one this year. As previously announced, the update contains a number of new features and capabilities. The new version of the apps is already available for download for iOS and Android devices. 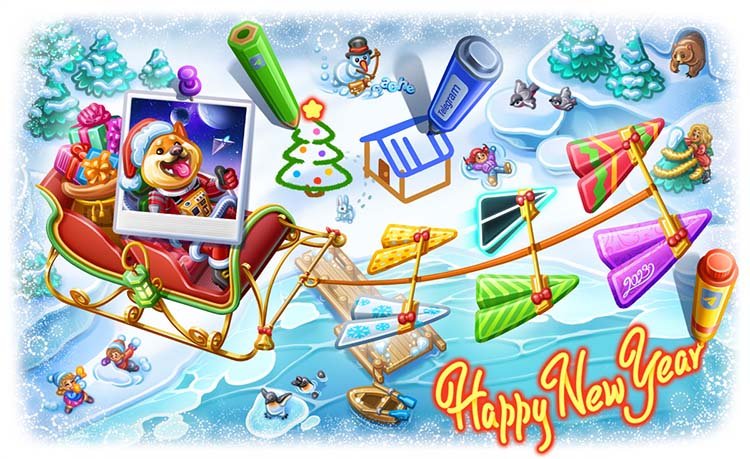 With the release of the update in the messenger, it became possible to hide photos and videos under the spoiler. The recipient will be able to see what the spoiler is hiding after touching it.

Now the user will be able to choose the frequency of automatic removal of unnecessary materials from the device memory from a certain category of chats – private messages, groups and channels – as well as specify exceptions for individual chats. Pie charts will help you immediately understand which files are taking up space on your device’s memory, and the Media, Files and Music tabs will speed up the removal of the largest files. It should be noted that in the iOS application, the cache size will now be determined much faster.

New tools have been added to the Telegram photo editor. Lines are now automatically smoothed when drawing, and their thickness can dynamically change depending on the speed of the finger. A new brush has also been added to apply the blur effect.

The color of the brush can now be set with high precision using one of five different ways. Using the updated tool for adding text to photos and videos, you can change the size, font and background of the inscription. And you can include animated emoji in text blocks even without a Telegram Premium subscription.

In the menu “+” there are ready-made shapes for adding to the image – a rectangle, a circle, an arrow, a star and a dialog cloud. You can fill the image with color by holding the image with your finger, or delete all drawings by selecting the eraser.

For contacts, you can choose an image of your own choice, which will be visible only to you.

You can also offer a user from the contact list a good photo, which takes only two taps to install in the profile.

You can upload a public photo on your profile, which will be visible to those who do not have access to your profile photo. Under “Who can see my photo?” you can now select the “Nobody” option and add individual users or entire groups to the exclusion list.

Admins of groups with more than 100 users now have the option to hide their member list.

New loading animations have also been added for transitioning to a response that is way up high due to a large number of chat messages, as well as for several other sections of the app.

10 new animated emoji sets have been added for Premium users. In addition, there are new interactive emoji that can be used as reactions.

The ex-star of the Netherlands national team suffered a microinfarction

Accused of domestic violence, the author of High On Life and Rick and Morty loses his job

SVITOLINA: “The day started with a pulled tooth and ended with a chat with Zelensky”