The Dark Pictures Switchback VR: Enemies react to your blinking

In a recent article, the EDGE named an interesting gameplay detail for the VR horror “The Dark Pictures Switchback VR”, which will be released in 2023. As announced, there will be enemies that react to your blinking eyes. 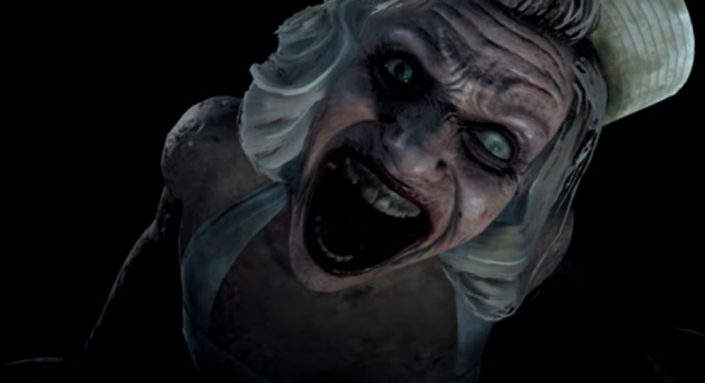 At the beginning of last month, various new projects were announced that are currently being developed for the PlayStation VR2 virtual reality headset, which will be released in February 2023.

These include the horror adventure “The Dark Pictures Switchback VR”, which the British developers at Supermassive Games are working on and which is intended to provide a particularly creepy gaming experience thanks to VR technology. In a recent special, the editors of EDGE went into more detail about the new VR horror from Supermassive Games and confirmed an interesting gameplay detail.

Accordingly, the title will make use of the PlayStation VR2 headset’s eye-tracking system and provide adversaries who react to the blink of your eyes.

As an example, the EDGE cited a room whose door was marked “Don’t blink”. If you enter the room, your path leads into a room that has been furnished with numerous blood-smeared mannequins. The dolls wear harlequin masks and should send a shiver down your spine with their twisted bodies.

If you keep your eyes open, nothing will happen. However, as soon as you blink, the whole thing is detected by PlayStation VR2’s eye-tracking system, causing the puppets to suddenly be arranged differently in space. After another blink, even one of the mannequins comes to life.

Gameplay features like these are intended to encourage the player to use their eyes strategically, such as only blinking when they are able to immediately defend themselves with a weapon drawn.

“The Dark Pictures Switchback VR” will be released on February 22, 2023 and is therefore one of the launch titles of PlayStation VR2.

Tired of waiting for the OnePlus 11? Here's everything in the box

Street Fighter 5 was supposed to have 6 seasons, but the content has been cut

Cryptocurrencies began to steal more often amid a market collapse

The Last of Us Part 1 ‘will shine on Steam Deck’, word of Neil Druckmann