Will the iPhone switch to USB-C? Understand everything about it in 7 questions

From 2024, the European Union will impose USB-C as the universal standard for wired charging of several electronic devices. Apple iPhones and their Lightning port are in the crosshairs of this bill. Through a few key questions, find out everything you need to know about this thorny issue. 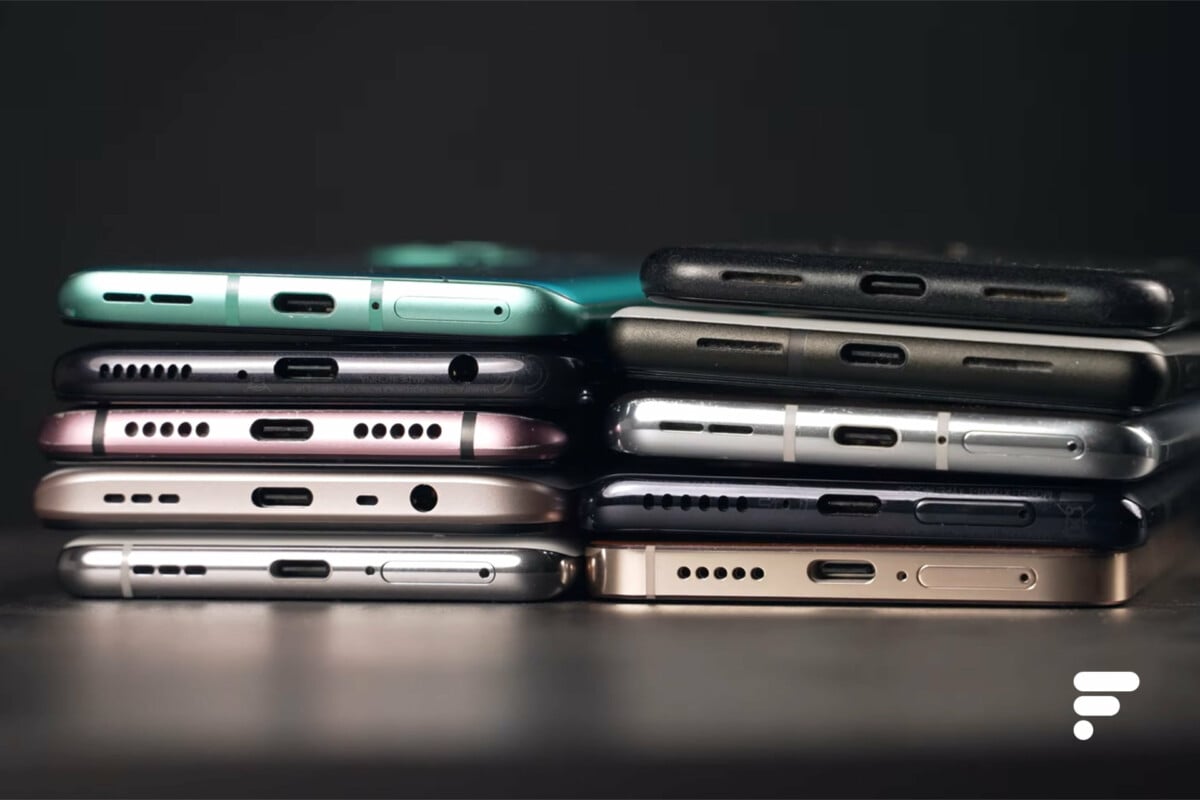 It is an intense duel that is being played out between Apple and the European Union. And at the end of this one, the iPhones are supposed to get rid of the Lightning port in favor of USB-C. But other avenues should be considered. The soap opera is set to last until at least 2024.

Thus, to see more clearly and understand the issues, we try to answer the important questions around this technological, political and environmental subject.

USB-C mandatory in Europe, when is it?

The European Parliament (where elected MEPs sit) and the European Council (which represents the governments of EU member countries) have come to an agreement. The two parties have agreed to impose USB-C as a universal wired charging solution from the fall of 2024. In other words, iPhones due for release in the second half of 2024 will be forced to get rid of the Lightning port used so far by Apple.

This bill was officially passed in October 2022, so Europe is not going to back down. In other words, it’s official: USB-C will become the only authorized charging port for several devices including smartphones. 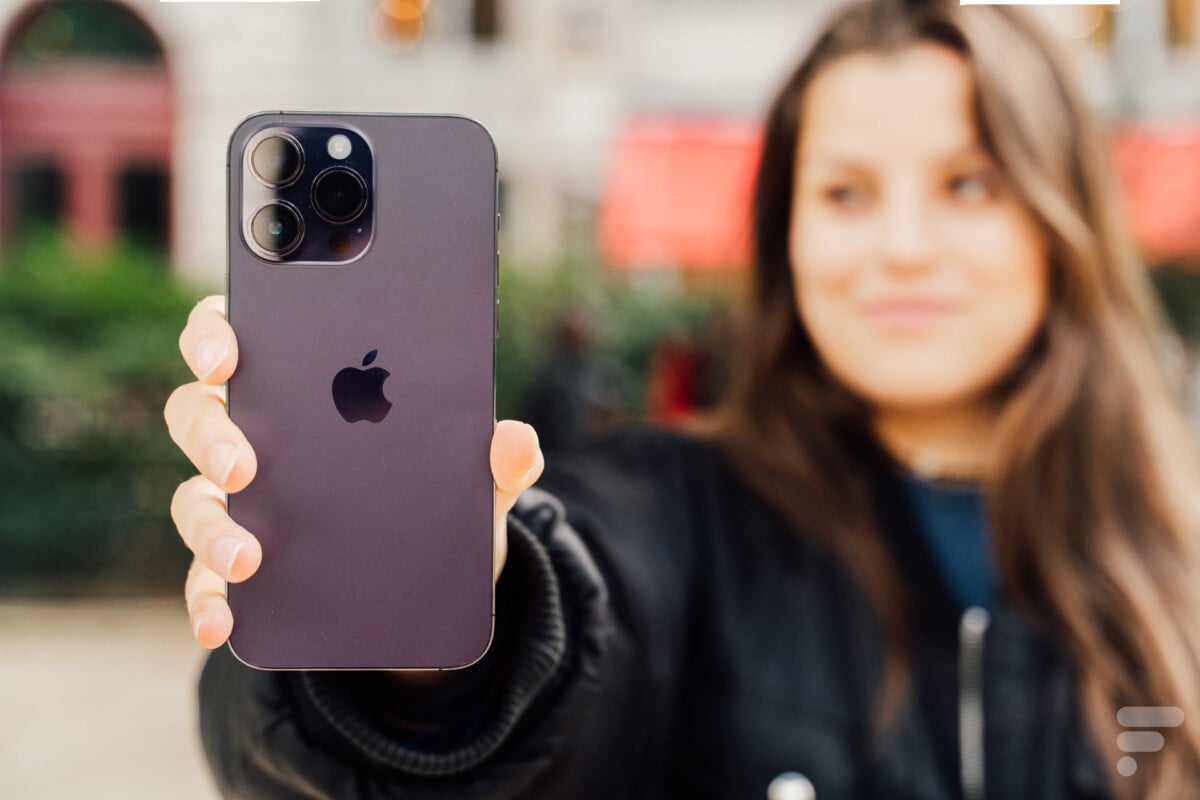 The deadline set for autumn 2024 above all allows the authorities to put in place the necessary provisions for the application of this law and no doubt also to give the manufacturers concerned time to make the necessary changes.

Contacted by Aroged, the cabinet of Alex Agius Saliba, the European rapporteur in charge of the file, recalls that “the idea of ​​a common charger for mobile phones and similar electronic devices is not new. Already in 2009, a first protocol saw the light of day. At the time, the deal had “reduced the number of charger types on the market from 30 to 3.”

What devices are affected?

If we think mainly of smartphones, they are far from being the only electronic devices concerned by the new European directive. In fall 2024, the imposition of USB-C as a universal standard for wired charging will also apply to the following products:

A little over a year later, laptops will also be affected by this European directive.

Why is Apple against mandatory USB-C?

Apple has a rather particular position on USB-C. The Californian company participated in the development of this standard as a member of the USB Implementers Forum organization. Also, it already uses it as a charging port on some of its products such as MacBooks or iPads – even the iPad 10 has gotten into it. On the other hand, on its iPhone and AirPods, the firm is resisting. 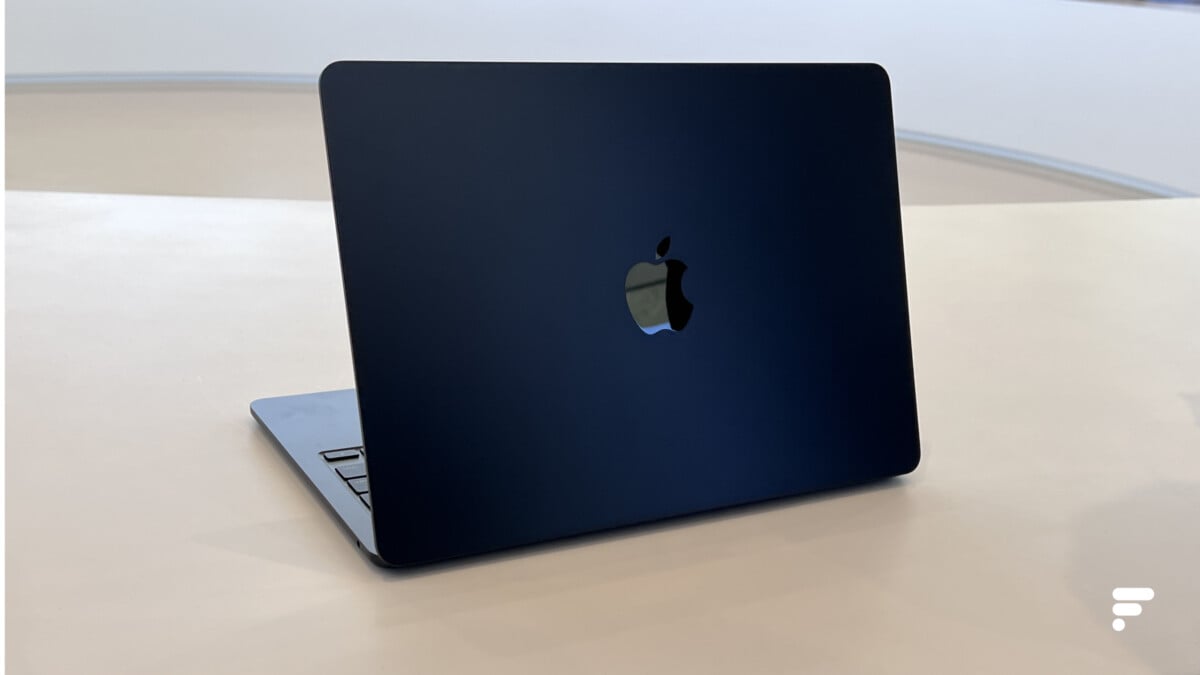 In the past, it has already defended its Lightning port against the European Union. Apple believes that forcing manufacturers to adopt USB-C would represent a brake on innovation. The Cupertino giant believes that a company must have the freedom to use the port of its choice in order to be able to implement the technologies of its choice there. This “will harm consumers in Europe and around the world”.

This argument can be defended, but it is undermined by a reality: the Lightning is today confined to USB 2.0, which is less efficient on transfers than USB-C, which is closely linked to more modern technologies such as the ‘USB 4 for example, and even USB 4 2.0.

Be that as it may, it is for these reasons that, even if Apple is never explicitly mentioned in the European bill, the apple firm is at the heart of the matter: will we ever see a iPhone in USB-C?

Why does the European Union want to impose USB-C?

The establishment of a universal and mandatory standard for wired charging in Europe is officially justified by two things. On the one hand, it is to simplify the life of consumers by allowing them to use the same cable for several devices. On the other hand, this initiative must allow the reduction of waste related to new technologies.

By having fewer cables to store at home, consumers will be less likely to buy them. Ultimately, we would therefore observe a drop in production and in the environmental impact. 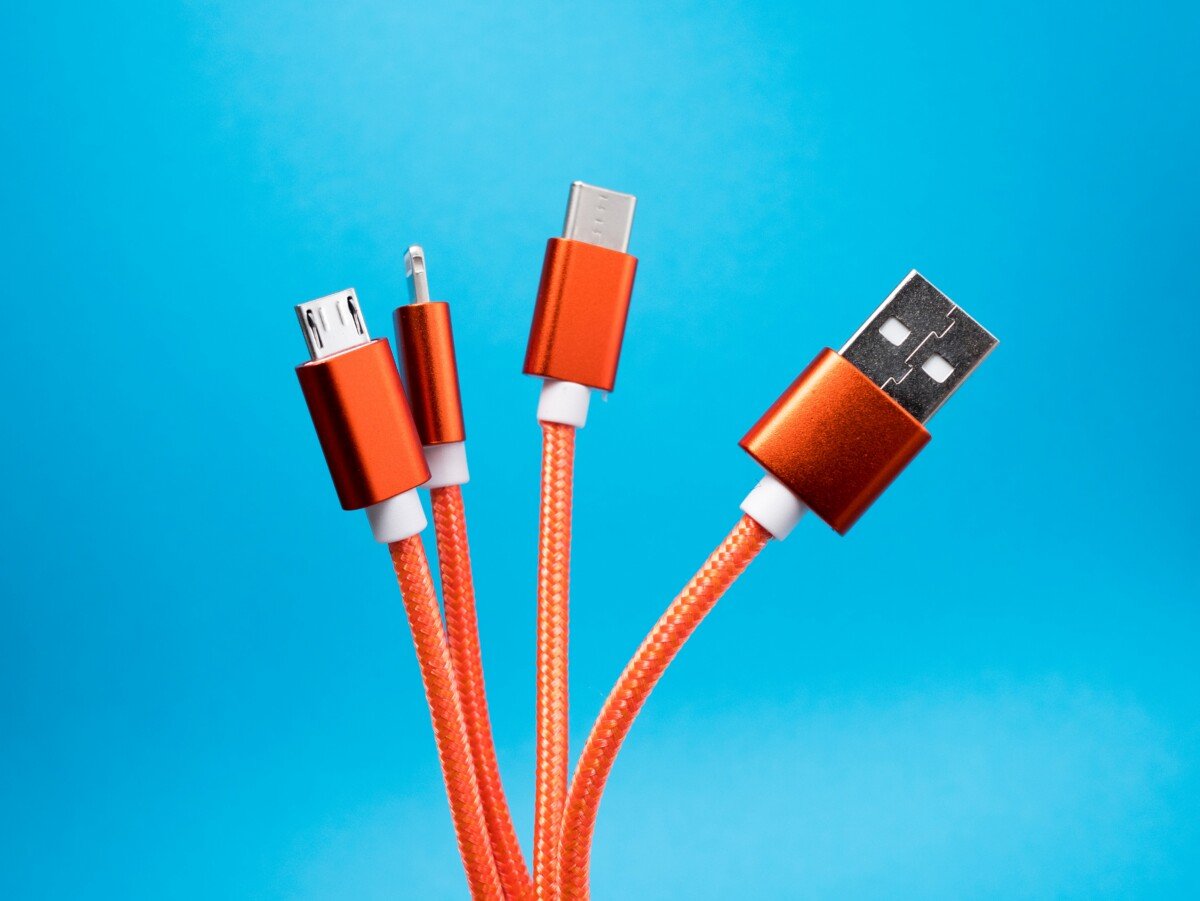 With this idea in mind, it was therefore quite logical to turn to USB-C. This connection is already widely used on the Tech market. It is therefore easier to impose it as the universal standard.

What does Apple risk if it does not comply with the new European law?

Some might imagine that the American giant will stick to its position to the end by refusing to integrate a USB-C port on its iPhones. In this case, what would be the risks for Apple? According to the cabinet of Alex Agius Saliba, the legislators have not provided for a financial sanction. It’s even simpler than that.

It should be noted that “the new provisions are part of a revision of the RED directive”. This means that from autumn 2024, if new iPhones still have a Lightning port instead of USB-C, they will simply not be allowed to be sold in European Union member countries. . 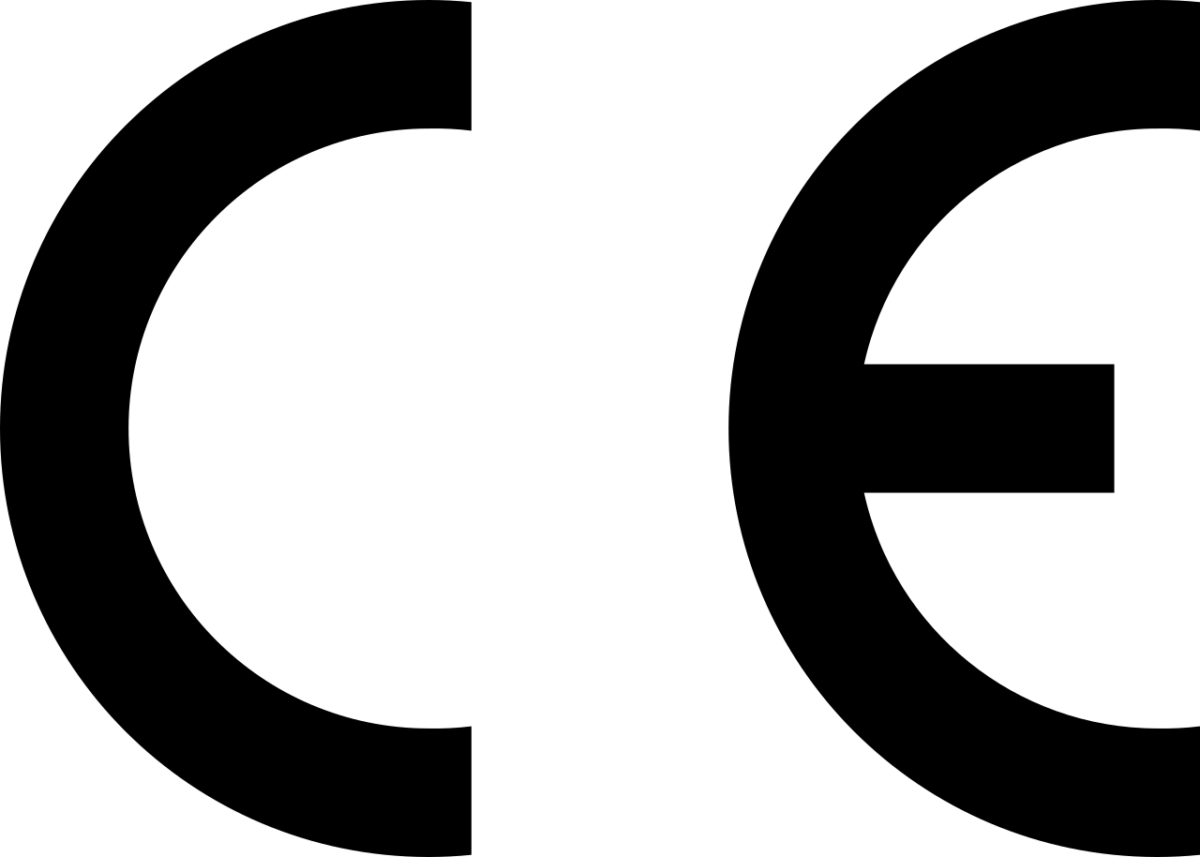 Indeed, the RED directive (PDF file) mentioned by the rapporteur governs the sale of radio equipment. To be in the nails, the device must comply with a set of criteria. It will then receive a “CE” marking proving that it has been deemed compliant by the competent authorities. Without a USB-C port for wired charging, a smartphone will not get the precious sesame to land on the European market.

An iPhone with USB-C or a 100% wireless iPhone?

Does Apple therefore find itself bound hand and foot? Rumors are already suggesting iPhone 15s with USB-C from 2023, a year before the text is implemented. It is even rumored that the apple would use a connector faster than ever. However, another scenario can be envisaged: the release of a 100% wireless iPhone, without any wired charging port.

By releasing such a product, Apple would not be infringing the new European law. This imposes USB-C only for devices offering wired charging. A device using exclusively a wireless solution will not be affected and could therefore be released as is. At least for the moment. 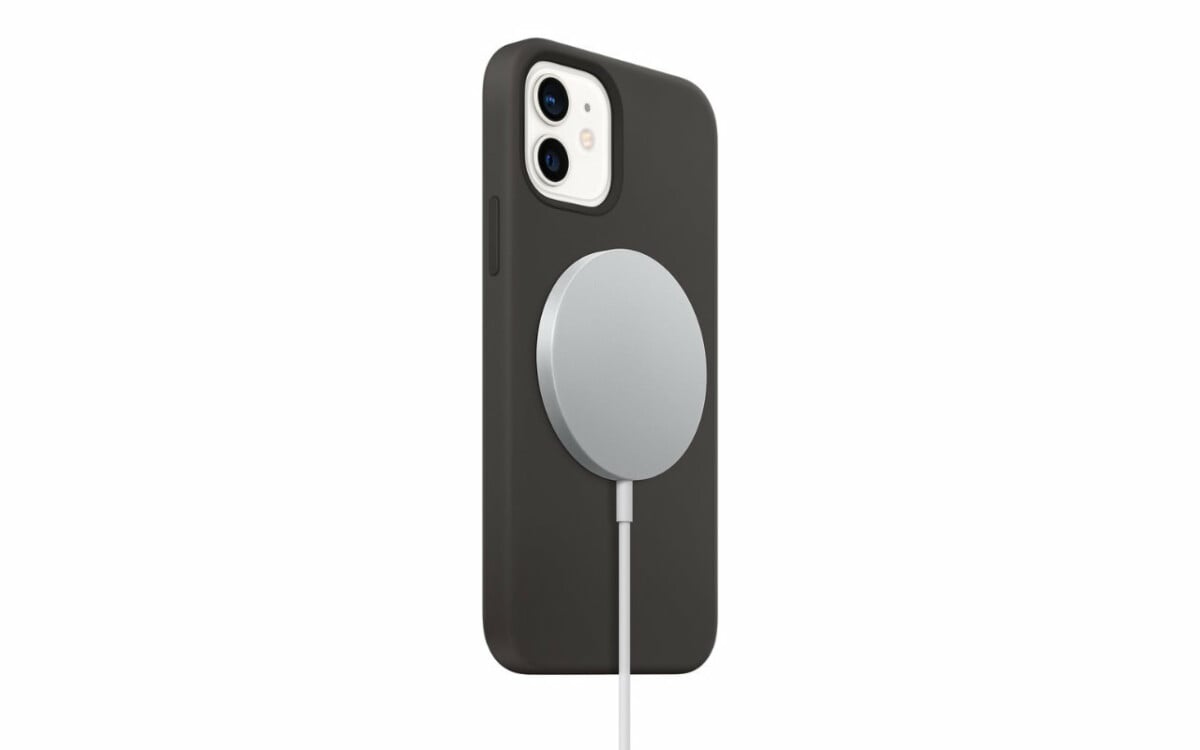 From 2024, it is expected that the European Commission (which applies the law) will be responsible for “requesting the European standardization bodies to develop appropriate standards according to the development of wireless technologies”. So, if Apple released a 100% wireless iPhone, in the years to come, a similar text on wireless charging could concern it.

Technologically, a smartphone without any wired port is not impossible, Vivo has already presented such concepts. However, it is questionable whether this would really be the most practical solution for users. Charging could possibly be done via MagSafe, but would it have the same performance as a simple wired solution?

Also note that it is likely that the integration of USB-C on the iPhone is only a relatively short step before the advent of a 100% wireless smartphone from Apple. However, several Apple devices would go through the USB-C box.

Let’s project a little. It is quite possible that USB-C will one day become an obsolete standard, overtaken by technological developments. Under these conditions, has the European Union planned to change the law?

Yes, reassures the cabinet of Alex Agius Saliba. “Any technological development should result in a timely adjustment of specific technical requirements/standards under the Radio Equipment Directive. This would ensure that the technology used is not outdated”.

Thus, Europe is not closing the door to a possible evolution towards USB-D. It remains to be seen whether the said adjustments mentioned can be applied with good reactivity. 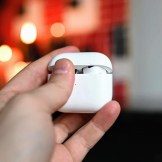 Ken Pillonel does it again after the iPhone with USB-C port by creating the AirPods with USB-C port! By doing this, he has undoubtedly fulfilled the dream of many tech fans!
Read more

Aroged: In Russia, car sales halved by the end of the year

Three indie games releasing in 2023 to keep an eye on

Elden Ring: A mod removes all hostility from the game, making it a perfect walking simulator