Zelensky signed laws on the duty-free import of Starlink and generators, as well as on the storage of fuel without a license – Aroged 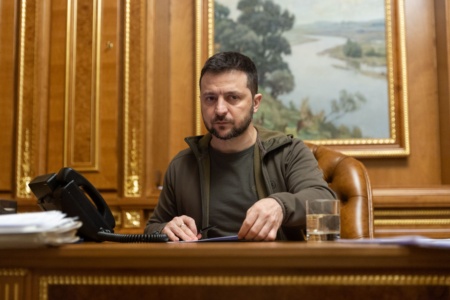 President of Ukraine Volodymyr Zelensky signed laws No. 8196 and No. 8197 amending the Customs and Tax Codes. These regulations introduce tax incentives for the import of Starlink generators and terminals, which should contribute to the restoration of Ukraine’s energy infrastructure in the face of Russian aggression.

New laws introduce the possibility of importing generators, other equipment, Starlink terminals without paying state duties and VAT, including for individuals. This rule will be in effect for 6 months. Additionally, the technical assistance of the Energy Community on the import of equipment for the restoration of energy supplies is exempt from duties and VAT.

In addition, other changes allow the storage of up to 2,000 liters of fuel without a license. Everything that exceeds the established norm will need to be notified to the tax authorities on a declarative basis.

Laws No. 8196 and No. 819 were returned to Parliament with the President’s signature on December 29. They will take effect 3 days after they are posted.

STALKER 2: GSC continues to work in shelters. The anti-aircraft sirens 'covered' by the music of a harp

Malinowski scored for Atalanta in sparring

Aroged: The government proposed to terminate the Council of Europe treaties with respect to Russia