Confirmed: This Star Wars flop will not get a sequel

When the starry saga made its big screen comeback in 2015’s Star Wars: The Force Awakens, ten years after Episode III, Disney’s direction was obviously clear: they wanted to establish that at least once a year, if not more, a Star Wars Blockbuster will be shown in cinemas. With the Marvel Cinematic Universe as a model, it seemed only a matter of time before Mickey Mouse would recoup the more than $4 billion investment it made in George Lucas’ film company. But this plan didn’t work out.

Although Star Wars Episode VII was viewed critically by numerous fans, it was financially convincing. The prelude to the sequel trilogy managed to rake in over $2 billion at the worldwide box office. So far, only five films have succeeded and is also the declared box office goal of the makers of Avatar 2. With Star Wars in the cinema, things went downhill continuously, and the franchise is currently dead on the big screen.

The “problem” with the star saga: In contrast to the Marvel Cinematic Universe with all its dazzling superheroes, those responsible at Disney had to think about how to develop material for further cinema films at all. While the universe is highly detailed and spans centuries, would a mass audience warm to stories aside from the Skywalkers? The answer came from one of the original trilogy’s most popular characters.

Solo: A Star Wars Story is not getting a sequel

In order to put more movies into action, Disney came up with the idea of ​​telling so-called Star Wars stories. The spin-off Rogue One kicked off a year after Episode VII. This is effectively an Episode 3.5 as it shows the immediate events leading up to the very first Star Wars film from 1977. Although the blockbuster, which also got a prequel on Disney Plus with the Andor series in 2022, was unable to build on the success of the main series, it still broke the magic barrier of 1 billion US dollars. 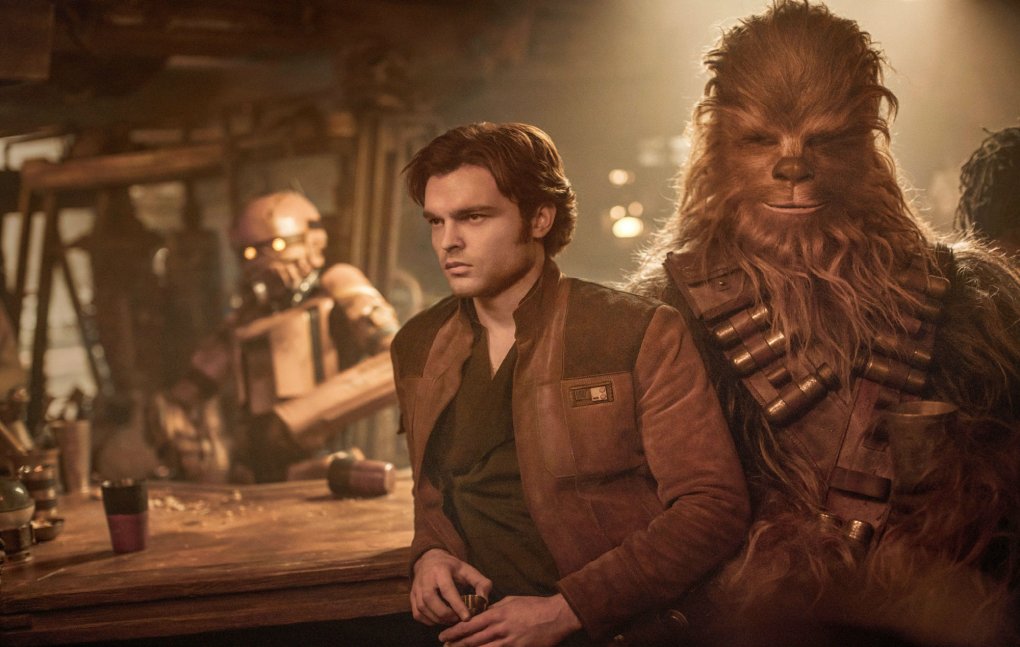 With the second spin-off Solo: A Star Wars Story they obviously wanted to play it safe, but they also took a risk. Harrison Ford’s character Han Solo is considered one of the most popular characters in the Star Wars universe. Retelling his story should draw millions of fans to cinemas around the world. However, recasting such an iconic role for a younger actor (Alden Ehrenreich) proved to be a mistake. Grossing just $392 million on a budget of $275 million (not including marketing costs), the ambitious project turned a tidy loss.

Star Wars: Another movie with characters from the sequels?

According to the latest rumors, Lucasfilm apparently wants to see the sequel characters of Star Wars again in the cinema. Will Rey and Finn return?

Dark Forces in 4K: The Star Wars shooter has never been so good!

Although the film ended with a decent cliffhanger, director Ron Howard says there will probably not be a sequel. In an interview with NME, he makes it clear that while he is aware of discussions about a follow-up film, these would only take place among fans. The usual phrases like “never say never” follow, but the filmmaker (Willow, Apollo 13, The Da Vinci Code) apparently doesn’t believe in it himself. Whether there will ever be a reunion with Emilia Clarke (Game of Thrones) in the Star Wars universe is currently more than doubtful.

The Seven Deadly Sins: Elizabeth cosplay by mimisemaan is bold

Hideo Kojima and online conspiracies: ‘A new evil for humanity’

Busquets made a decision: to Ronaldo or not? Al-Nasr offered €20 million a year