Didn’t you like The Lord of the Rings: The Rings of Power? Season 2 will be better, Amazon assures 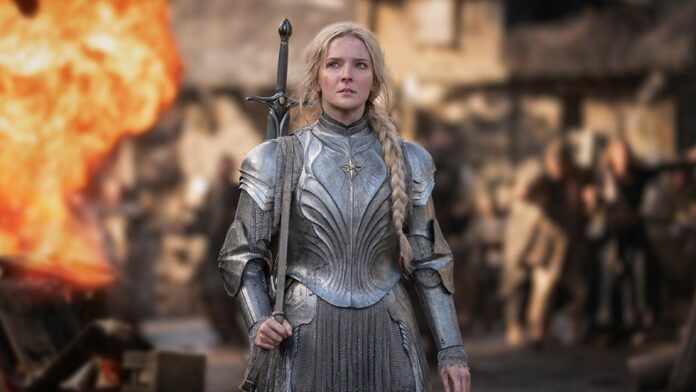 The Lord of the Rings: The Rings of Power, despite the enormous economic resources spent by Amazon, has not met the approval of users, whether they are fans of Tolkien’s epic or people simply interested in the product. Vernon Sanders, head of Global TV Amazon Studio, however, has guaranteed that Season 2 will be better in every respect.

In an interview granted to Deadline, Sanders said the series will be more up-tempo next season. One of the problems of the first season was just that: pacing, with some episodes too verbose and almost useless. Amazon Studios will also invest heavily in battles, promising clashes much more epic than seen with Season 1, as well as on a greater scale. We will also find several iconic moments that, Sanders explains, will make even the most demanding fans happy.

Season 2 will therefore be much more ambitious, but despite this it shouldn’t take longer than the first. The works are already in progress and the production team benefited experience with the debut season of The Lord of the Rings: The Rings of Power. “We’ve never done something like this before,” says Sanders, referring to the series’ exorbitant production values, by far the highest ever seen in the industry.

“We will be faster. We will be able to invest even more money,” added the Amazon manager. Season 2 is filmed in the UK and will also be able to count on new directors e on a renewed cast. Will it be enough to convince the lovers of The Lord of the Rings? We’ll probably find out in many months, as it’s hard to expect Season 2 before 2024.

Having said that, despite has not met with a warm welcome from the public, including Elon MuskThe Lord of the Rings: The Rings of Power has nevertheless established itself as one of the most watched shows of the year, even beating House of the Dragon – which, however, received a better appreciation. It is also the most watched TV series in the history of Amazon Prime Video.

Adaptation to shutdowns and decline in orders: what is happening with the freelance market in Ukraine? – Aroged

Call Of Duty: Warzone 2, several players have been banned for no reason