Ronaldo in Al Nasr: so don’t get me to anyone

Too many things fell on New Year’s Eve. The World Cup in Qatar and the victory of “messiahism”, Pele’s departure to a better world, now Ronaldo’s football retirement. Really crazy 2022. Hurry up, he would go home …

… Krish in the context of his possible departure to a new club has been talked about for a long time – since his resonant interview with Piers Morgan, in which the Portuguese left no room for maneuver for his already former club. Man United, as a self-respecting fighting unit, albeit now not the most fighting one, decided to get rid of its scandalous star, which it so passionately wanted to get before.

The reaction of the “Mancunians” is obvious and logical, but I would not call it the root cause of the gap. Naturally, the initiative came from the footballer himself, who was clearly disappointed in his former “home”. It seems to me that in such a not very correct way, the 37-year-old player wanted to remind who in that house, if not the owner, then at least the first among unequals. In my opinion, this behavior of Ronaldo was initially thought out to the smallest detail: KriRo was going to leave Old Traford ahead of schedule. And find a new job. In Europe.

For some reason, I’m sure that the Portuguese wanted to stay in Europe. Perhaps at that time he did not have agreements “on the ointment” with one of the continental giants, but I think he sincerely believed that there would definitely be such. Moreover, on the nose – the World Cup, where Ron hoped to slam the door loudly.

But drawn either by the imagination of the player himself, or by the efforts of his many representatives, the beautiful stone house turned out to be a doll house. Even before the start of the Mundial, the transition to Atlético did not work out: the fans of the “mattress” took this initiative with hostility.

Next – the World Cup itself, which was supposed to be Cristiano’s swan song, but ended in tears of disappointment. And this is to put it mildly, because for potential buyers in that story, the main thing was, nevertheless, something else. Namely, an attempt by Ronaldo to put himself above the entire team, his public demarche before the match with Switzerland. And Morocco too. 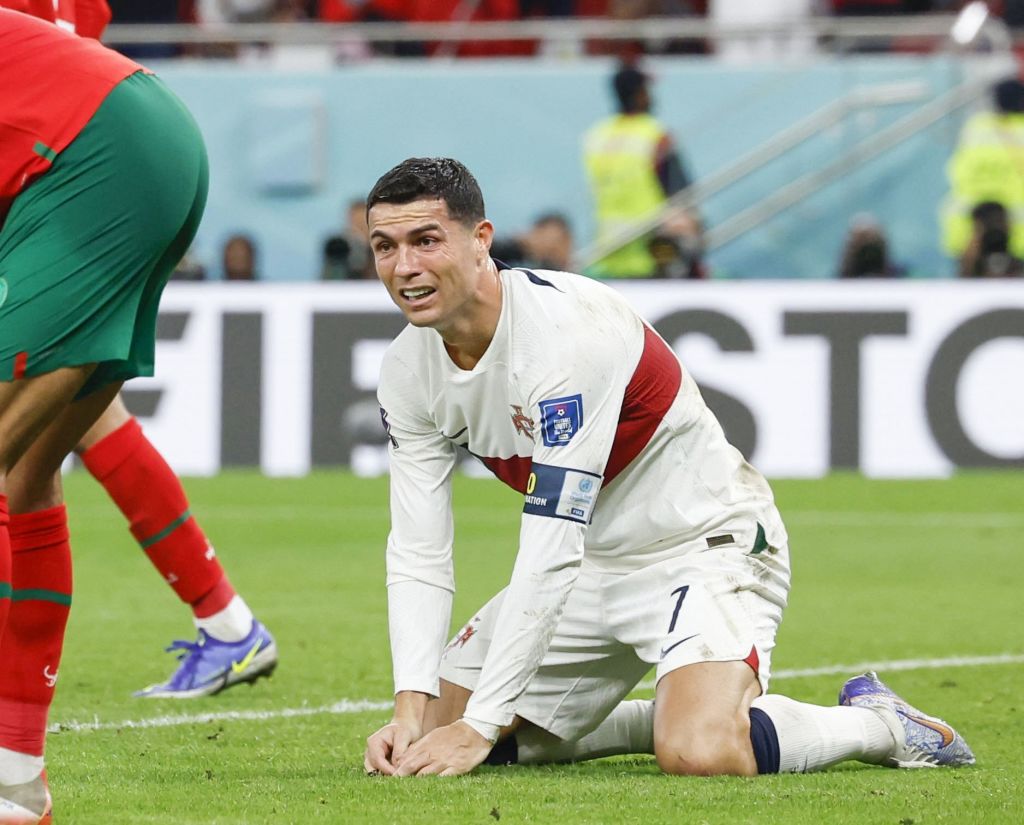 It is obvious that the 2022 World Cup finally dissuaded the conditional Bayern, Borussia, Marseille, Inter or Chelsea from the need to sign a scandalous football player who still demands a cosmic salary for himself, but in return no longer gives a difference.

Yes, if we talk purely about profile characteristics, then Ron noticeably passed after his departure from Real Madrid. As it turned out, it was the “Royal Club” that the Portuguese needed, and not vice versa. Because further, after Ronaldo, Madrid quickly recovered. The Portuguese, after leaving the Bernabeu, could not come to his senses.

The “business trip” to Turin was, in fact, a mistake. Ron went to Juventus for new challenges and new motivation, but he did not win the Champions League with the “old lady”. However, before leaving for Manchester United, he was still listed on the market, and Man City fought for him to the last.

Probably, Krish should have moved to Guardiola’s team. There he could claim titles. And, quite possibly, City with Ron would still win the Champions Cup. But it turned out differently. Ronaldo returned to United. And I guessed wrong.

I don’t want to poke around in the “dirty linen” of a club from the “red” half of Manchester right now. It is clear that only a sign remained from the glorious times of Ferguson. And the Portuguese is right in his own way in his attempts to open a hornet’s nest.

However, his rightness is already very one-sided, directed for his own benefit in the first place. After all, with all due respect to one of the symbols of modern football, he is no longer the same as he was before.

Even over true values, time has power. And the example of Ronaldo is very, very revealing. This is an almost glossy story about how an aging capricious Prima, accustomed to wild success, applause and the same crazy fees, refuses not only to grow old, but also to understand that she is growing old. That the public is interested in it, first of all, as a memory. Like nostalgia. But not as a new hero. For Mbappe, Holland and others like them brilliantly cope with this role.

Nevertheless, this very aging Prima still managed to make a knight’s move. Her last tour will still be noisy, crowded. And by the ringing of coins, it will outshine all the new heroes. Taken together.

With one stroke of the pen, Ronaldo has placed himself above everyone else in the football world in terms of earnings. Without waiting for a worthwhile offer from Europe, he left for where he will play the role of a lifetime monument, where you can not “squirm”, but with one left to play the usual role. Staying the best of the best.

And let this “best” be strictly local. For himself, he knows for sure that at least in his new workplace, this axiom does not require proof. And there he can easily collect cash and full stadiums up to forty with a “tail”, remaining the only and unsurpassed.

It sucks only that for the big scene, which undoubtedly is Europe, his current tour will look like an honorary exile. Dear traveling circus.

I confess that I personally wanted a different ending for him. More touching, more romantic. Maybe even more tragic. And more worthy, of course.

But he chose what he chose. And this is his right.

And our right is to be nostalgic for the real Ronaldo who was in Madrid. And which ended there.

Nostalgic, staring at the new heroes who have come to change the era.

Automobilista 2 has been updated with new cars and tracks

Google smart speakers can be spied on and conversations recorded!

Survival Games 2023 | The highlights of the year at a glance

Harvestella: how to create a corn crop

Hogwarts Legacy: an orchestra of emotions in the video ‘Overture to the Unwritten’