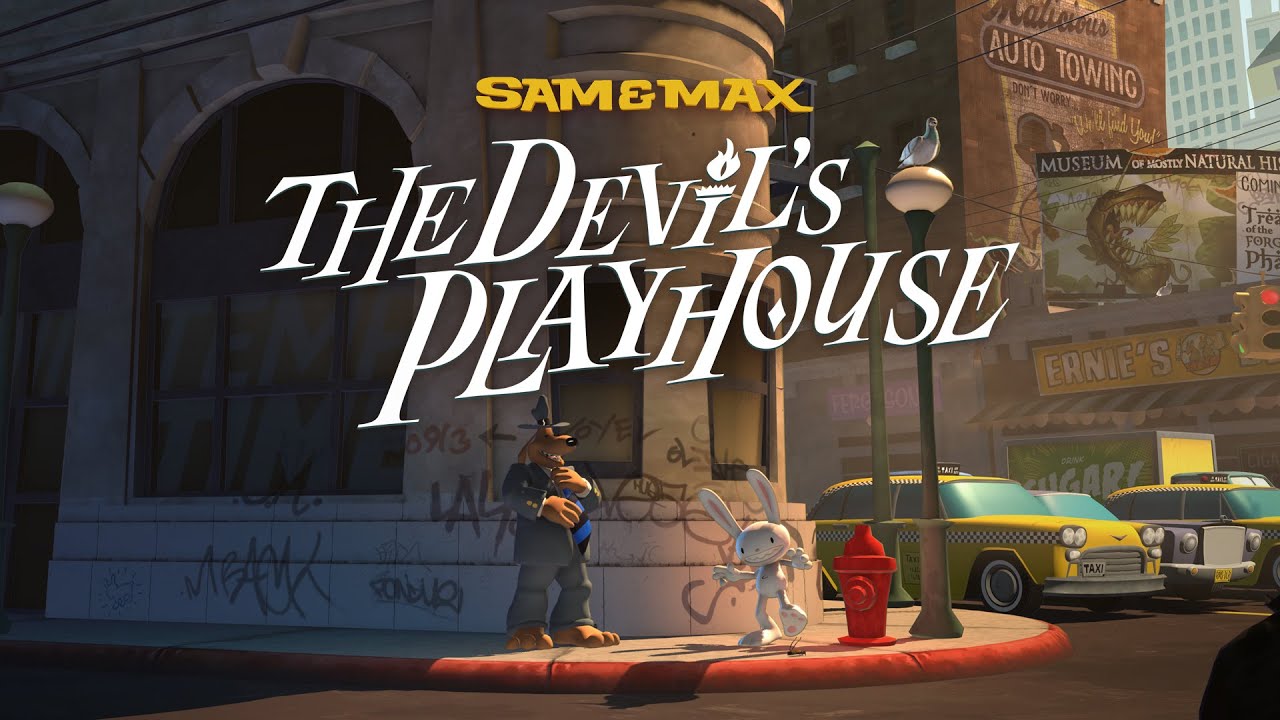 Sam & Max: The Devil’s Playhouse is getting a remaster! The Sam & Max series is one of the best point-and-click adventure game franchises. The genre isn’t as popular anymore, but the Sam & Max games were some of the highlights. The series began as a comic, then was adapted into a game by LucasArts, then taken over by Telltale Games for subsequent installments. The series follows a talking dog and a rabbit who act as private detectives tasked with solving absurd mysteries. Given that these are talking animals, these are not serious games. They are known for their raw humor and wildly unrealistic scenarios that force players to use outside the box thinking to solve various mysteries.

The series has not received new episodes for several years, but developer Skunkape is hard at work on remastering Telltale games. The studio is made up of people who worked on the original games, and they’re about to re-release Telltale’s latest game, The Devil’s Playhouse. Skunkape has officially confirmed that Sam & Max: The Devil’s Playhouse will be remastered and released sometime in 2023. At the moment, we do not know when the game will be released outside of next year and on what platforms. However, most likely the game will be released on all major platforms. All we have for now is the teaser trailer, which you can watch below.

If you haven’t played the other Sam & Max games yet, remasters of other Telltale games – Sam & Max: Save the World and Sam & Max: Beyond Time and Space – are currently available on Xbox, PlayStation, Nintendo Switch and PC. They are worth playing, and maybe if this remastered trilogy does well, we might get new games. However, at the moment, nothing has been confirmed regarding the new parts of the franchise.

Is the Netflix idea failing? Weak numbers for the new subscription

Published screenshots of the network shooter Escape from Tarkov Arena

Since World of Warcraft: Dragonflight, Markus no longer wants to get off the dragon - our games of the year 2022

Billy Hatcher and the Giant Egg: a SEGA producer would like to work on the sequel

An updated version of the classic role-playing game Risen came out on Xbox, with full Russian localization

PlayStation 5: Was the best-selling console in the US in October