Since World of Warcraft: Dragonflight, Markus no longer wants to get off the dragon – our games of the year 2022

My game of the year is clearly World of Warcraft: Dragonflight that just barely made the top 50… how could you? (murmurs something about “philistines” into his beard). If Martin hadn’t insisted on writing more than one line, I would have just linked the World of Warcraft: Dragonflight review at this point and continued farming my summoner’s staff (which fucking won’t drop).

So why is DF my game of the year? Well, once because I’m a WoW fan. I’ve been playing it for almost 20 years now and have experienced many great moments and met people – so it will always have a place in my heart. But there is more. Dragonflight really surprised me because it turned out much better than I feared, expected or even hoped for. Honestly, after the last addon, I didn’t believe that Blizzard would turn things around like that again. Rather, I had come to terms with the fact that WoW will probably face a slow death, like many other MMORPGs before it (RIP Wildstar).

It’s hard to describe in a few words why DF has become so good, because the scope of MMOs is now so gigantic that it’s almost impossible to list all the content. That’s why the test has become so long (and that’s the shortened version, it used to be twice as long). To make it short, even in the third week and after around 300 hours of play, I’m still in the process of solving quests that suddenly appear, improving my professions and freeing the more than well-filled map from its hidden mounts, pets and other treasures . There’s so much to do and most of it just doesn’t get to me (minus herding sheep). By the way: Dragon riding is still great in everyday life, but the slow “normal” flying in the old zones is all the more annoying. I hope Blizzard continues to expand the feature. 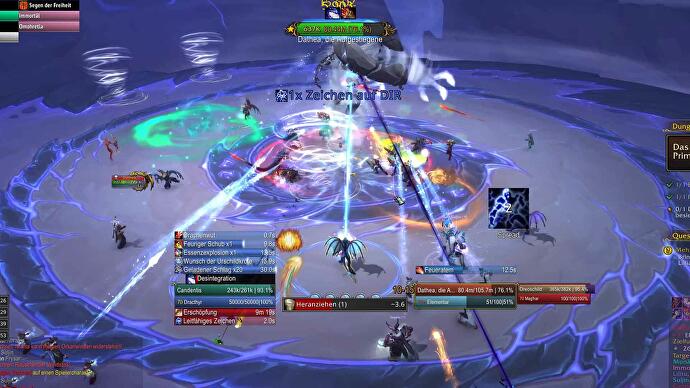 The fact that the first raid opened its doors right at Christmas was not ideal for normal raid guilds (usually half of the raiders are missing over the holidays), but there are also enough spontaneously thrown together groups to cover the normal and heroic difficulty levels deny.

I was also surprised how quickly and thoughtfully Blizzard reacted to problems this time. The balancing patch in the second week with extensive class, dungeon and raid adjustments is more or less standard, but this time it seems to be much more considered. Instead of throwing around 20% to 50% buffs / nerfs like before – and thus kicking FOTM classes and META specs from the top straight to hell and vice versa – this time there were mainly smaller adjustments between 3% to 10% %, in a few individual cases sometimes 15% or 20%.

It is clear that such smaller steps may need to be performed multiple times. Rogues, Amplifier Shamis, Demon Hunters, and WLs are still a bit overpowered, while Survival Hunters, Retris, and Weapon Warriors tend to perform on the lower end. But you can already see from the DPS tier lists that the first measures have borne fruit and that all classes / specs have moved closer together. I hope Blizzard does some more tweaking here (my caller still feels quite squishy and takes more damage than all the other “hint, hint @Blizzard” DDs). 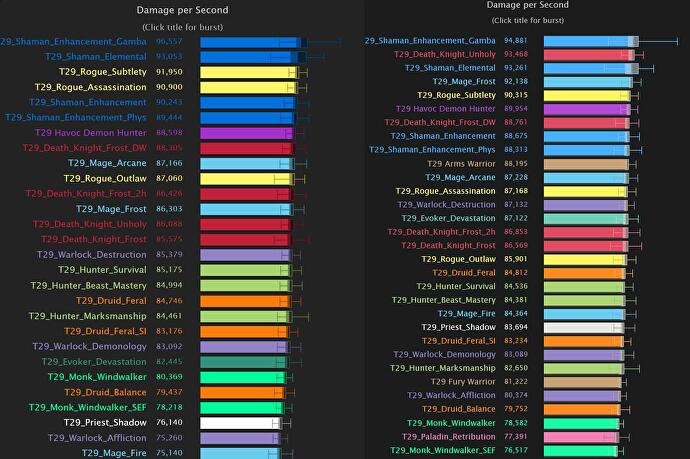 Based on the “simmed” maximum DPS before the first class changes (left) and after the buffs / nerfs (right), you can clearly see that the damage dealers have moved closer together, but there are still a few slight differences. Of course, Sims say little about the actual numbers in each fight.

External communication has also obviously improved. For example, shortly after the release, the developers explained what caused the problems with some servers on the release day and how they were searched for and fixed. That doesn’t take away the annoyance of the affected players, but you get an idea of ​​how complicated and difficult it must have been to eliminate the problems under the enormous time and psychological pressure.

For the first time, a WoW Dragonflight roadmap with the planned content for WoW was presented and the first major patch (10.0.5) shouldn’t be long in coming, which is unusually fast for WoW. There are not only extensive class adjustments for some problem classes/specs such as monks, priests, warriors, warlocks, hunters or the so often chalked up druid talent tree, which is being completely revised and now looks much better (you don’t have to for your talent specialization bad / unnecessary talents), but also a big new feature, the “Trading Post”, which was not expected so soon after the release. 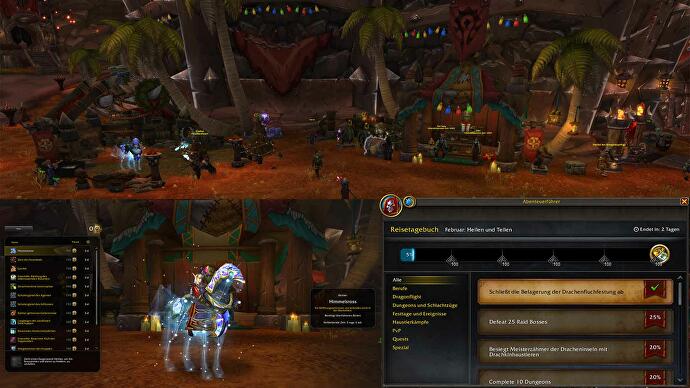 At the upcoming trading post, there are different mounts, pets, transmog items and more every month for a new in-game currency (merchant currency), which you collect through all possible aspects of the game (raids, dungeons, PvP, pet battles, professions, quests, etc.). However, the supply exceeds the amount of currency you collect, so there are always a few things to choose from.

All in all, WoW Dragonflight still makes me very satisfied after the first few weeks. Everything is certainly not perfect, but one gets the impression that the developers are working hard to improve the problem areas and to respond to the criticism of the players. I hope it stays that way, then DF should not only be remembered as the best addon of all time for me.

Billy Hatcher and the Giant Egg: a SEGA producer would like to work on the sequel

Tottenham - Aston Villa. Forecast and announcement for the match

Cyberpunk 2077: Phantom Liberty will probably be “cheaper than a full-price game”