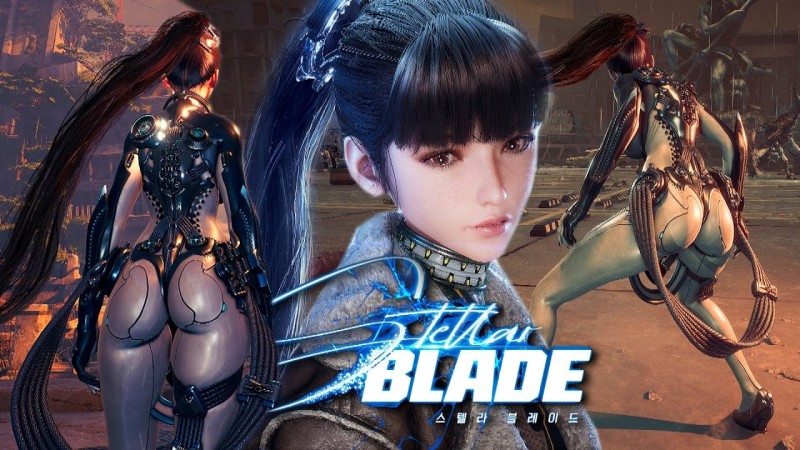 Little is known about Stellar Blade right now, except for a couple of driving gameplay trailers and a plot twist. The game can already be added to your wishlist on PSN, but the release date is still unknown. However, many players, when compiling their TOP 5 most anticipated games, often mention Stellar Blade due to the beautiful heroine, and this caused SJW dissatisfaction on the Reddit forums and on Twitter.

One of the players created a thread on the Gamingcirclejerk subreddit called “Stellar Blade has a typical sexy girl, but gamers: how unique! 10 out of 10!”, where a battle between SJWs and culture fans began. Unfortunately, the topic was soon cleaned up and closed by the moderators, but the essence of the dispute, as always, boiled down to the fact that one side condemned the developers for the lack of realism and the objectification of women, while the other argued that games should not be super-realistic, and that beautiful female characters – this is normal. Here are some similar comments:

Koreans definitely know how to make good games, but unfortunately they don’t know how to create compelling characters for their games because they think that an attractive character automatically makes the game interesting.

Gamers seem to forget that many modern developers are adults and do not give in to their lustful desires like children.

Except these modern developers seem to be forgetting that video games are a fictional entertainment medium made for escapism and not everything has to be super “realistic”. Sometimes video games are supposed to be made for fun and creative expression, and these developers are obsessed with chasing “realism,” but then there’s so much unrealistic crap in their games. Many women in real life also look attractive, so don’t make all your female characters ugly for the sake of “realism”.

It seems to me that most level-headed adults find realistic-looking women much more attractive and charming than the make-up boob monsters stuffed down the throats of these poor, suffering gamers. This may be a unique point of view that I hold as a lesbian woman, but my straight friends in long-term relationships share this point of view.

The jiggle physics look absolutely amazing, they are so bouncy and I’m happy to see such amazing physics/fan service in a new big budget AAA game. I’m glad Shift Up and Sony didn’t censor the game and amplify the sex appeal..

Other developers should definitely take a cue from Shift Up and other oriental games in terms of fanservice and how to market their game. Say what you will, but “chronically porn-addicted” boys are a huge audience. I don’t understand why they don’t make games with amazing sexy female characters anymore in the West, these games usually sell well and have a huge audience. Dead Or Alive, Senran Kugura, Atelier Ryza, NieR Automata, Bayonetta, Lollipop Chainsaw, etc. – they all sell well. These games are popular because sex sells.

Yes, I’m sure little boys who have never touched a woman and don’t know how our breasts work are fascinated by the cartoonish physics of these water balloons. I’m well aware of the infantile corruption of the mind that affects the popularity of the games you mentioned, but that doesn’t mean I have to go along with it or that I have to respect the people who enjoy it.

€50 clone of the Apple Watch Ultra is successful

Superhero thriller 'Batman' is HBO Max's most watched movie of 2022

TikTok has improved its mechanism for detecting potentially harmful content