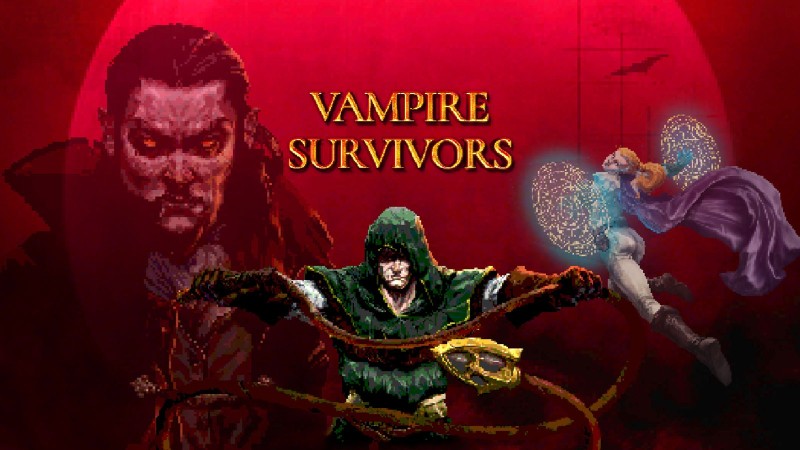 Vampire Survivors roguelike creator Luca Galante says he has “no idea” why the Steam indie game has become so popular. According to him, it was “incredible” to be nominated for The Game Awards after the release of the first DLC Vampire Survivors Legacy of the Moonspell.

Having started development back in 2020, Galante released the full version of Vampire Survivors in October 2022. It has since received over 165,000 reviews on Steam, earning it the coveted “overwhelmingly positive” status and a nomination at The Game Awards for Best Indie Debut Game. Asked why Vampire Survivors has become so popular, Galante says he “has no idea” and the success of the game seems “very scary”.

Since launch, I’ve tried not to look at the numbers or what’s going on online so I don’t get too carried away. I kept my head down and continued to work on the game and the company, focusing almost entirely on player feedback on Discord and the Steam forums. The only thing that I’m sure has made a difference is our community managers who have done and continue to do an incredible job of keeping in touch with the players.

Galante also says it was “unbelievable” for him to be nominated for The Game Awards, and talks about the ethics of the Vampire Survivors DLC. “As a player, I really like the idea that I can continue to get content for my favorite games, but very often these days I feel like DLCs are created for monetization and not to serve the players well.

Having a negative attitude towards DLC, I was very hesitant about trying to make one, but I also couldn’t just keep adding stuff to Vampire Survivors for fun as long as there’s a company to think about. Most of all, I hope that we managed to make a fair deal for the players, and they will like it.

Despite the name, the full launch and the first DLC pack, Vampire Survivors still does not have a single real vampire – among all the enemies and monsters that you fight in roguelike levels, there is not a single bloodsucker. Galante is still unable to confirm if vampires will appear in Vampire Survivors.

Our marketing team said we couldn’t answer that question. The problem is, our legal team said the same thing. Besides, what is a vampire?

Glimmer in Mirror: the Ori-style metroidvania arrives on PC, here is the gameplay video

Do you like taking pictures with your Samsung Galaxy smartphone? Then we have good news!

Warzone 2: Recovering a drop is now possible, here's how to do it!

Castling in German. Tuchel could replace Klopp at Liverpool