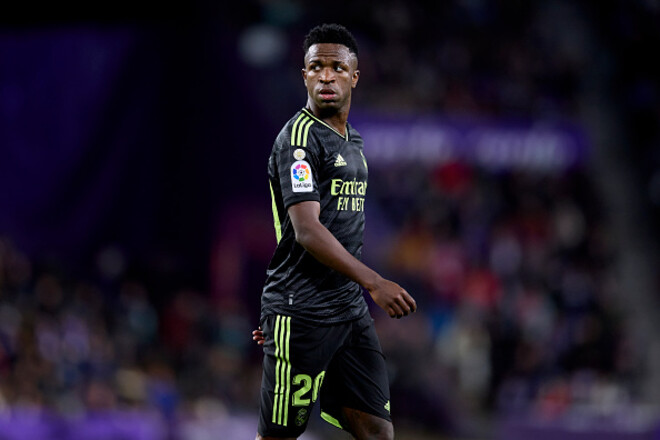 Forward of the Madrid football club “Real” Vinicius Junior was subjected to racist insults in the match of the 15th round of the Spanish Football Championship against Valladolid.

The Brazilian was substituted in the 88th minute, after which Valladolid fans started booing the player and calling him a “black monkey”.

“Racists keep going into stadiums and keeping a close eye on the biggest club in the world and La Liga is still doing nothing… I will continue to hold my head high and celebrate my victories and the victories of Madrid.”

By the way, Real Madrid beat Valladolid away with a score of 2:0 thanks to Karim Benzema’s double.

Racists keep going to stadiums and watching the biggest club in the world up close and @LaLiga keep doing nothing…
I will continue with my head held high and celebrating my victories and those of Madrid.
In the end it’s MY fault. 🤙🏿 pic.twitter.com/5ztuTjP4s6

Head of Studio Remedy congratulated everyone on the holidays, published the image of Alan Wake 2 and promised an exciting year

DNA, Crunchyroll, Netflix: anime not to be missed in January 2023

Xiaomi updates this popular smartphone in Portugal with MIUI 13