Hunting Unlimited is a series of hunting simulation games developed by the Czech studio SCS Software and launched in 2001. Unlike most other similar projects, which have been numerous in two decades, the developers at SCS Software set themselves the goal of making several changes to the basic hunting game formula, making the gameplay more fun and varied, while not forgetting the plausibility of what is happening on the screen.

Most importantly, Hunting Unlimited aims to bring you closer to your prey at the start of each mission. Anyone who has played any other hunting sim will remember the frustration of sitting in the bushes for ten minutes or running miles of deer trails. All this probably happens on a real hunt, but let’s be objective, most players are simply not ready to spend so much time on this.

The main merit of Hunting Unlimited is an attempt to popularize this specific genre through simplicity and accessibility, which, according to the authors’ idea, was to attract a wider audience. Which eventually happened, and as a result, today we have a huge selection in the category of hunting simulators. Many players were first introduced to this genre through the games in this series, and today we want to pay tribute to Hunting Unlimited by talking about each part. 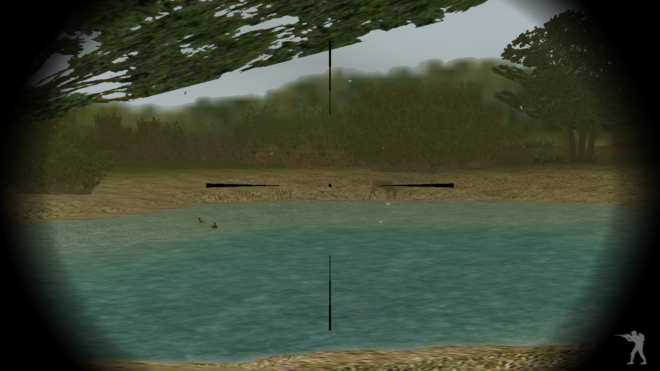 The first part immediately set the tone for the entire series and was a first-person hunting simulator developed by SCS Software in collaboration with the American studio Sunstorm Interactive.

Here you can hunt several types of animals at once, such as deer, elk or grizzly bears. However, this will not be so easy to do, as you will need to arm yourself with equipment suitable for each particular animal and think over tactics for tracking.

The game includes over 220 missions in 5 different regions of North America namely Colorado, Texas, Alaska, Arizona and British Columbia. Not bad for a start, right? 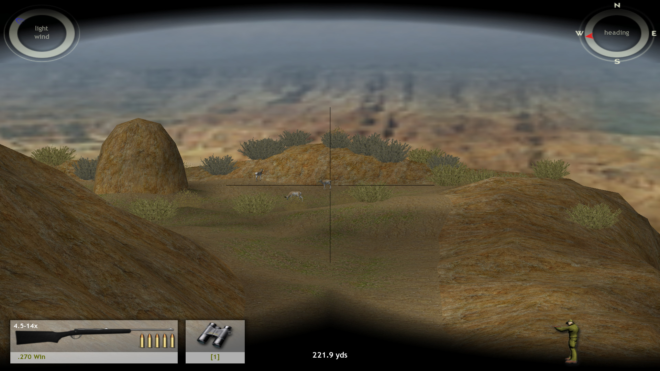 Hunting Unlimited 2 takes everything from its predecessor, combines it with the features players love the most and makes them even cooler. So we got a new free hunting mode with more advanced AI, improved graphics, a more accurate scoring system, the ability to create your own missions, a new spectacular bulletcam camera mode and, of course, more types of animals and an expanded arsenal of weapons.

Among other things, the second part introduced an alternative third-person view, various mini-games for honing hunting skills, as well as useful manuals and instructions that will teach you everything from understanding the habits of animals to tracking them on their tracks. So this simulator might well train you for your first real life hunt. 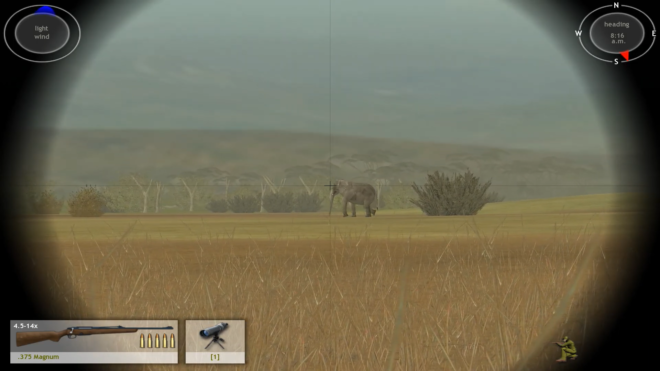 Hunting Unlimited 3 expanded on the core idea of ​​the series, adding new animal species, new modes of transportation, and even a new continent. Now, in addition to North America, you can arrange a real safari in the picturesque expanses of Africa, and you do not have to travel long distances on your own two feet, as you have a maneuverable ATV and a faithful horse. It is quite logical that in these exotic conditions you will hunt not quite standard prey, but in particular lions and even elephants.

HU3 also includes a mission editor so you can bring to life what you think is the perfect hunt. 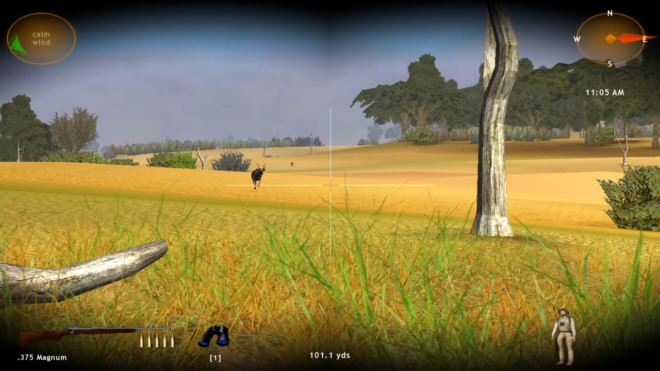 With Part 4, SCS Software decided not to break what works by re-combining elements of the traditional hunting simulation with an enhanced dynamic mission system for more intense gameplay.

HU4 introduced us to an expanded roster of animals including the Black Bear and Bighorn Sheep, a new and improved set of weapons, and some of the most exciting and action-packed challenges the series has ever featured. 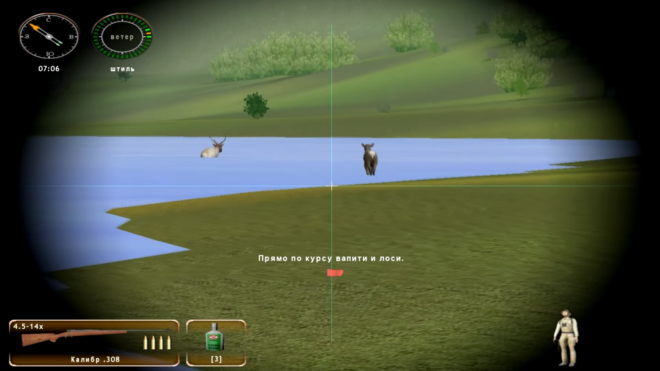 Starting with Hunting Unlimited 2008, SCS Software decided to move away from the usual numbered part format and began to release a new game annually, naming them in the manner of sports simulators, indicating the year following the year of release. Apparently, the developers wanted to focus the public’s attention on the fact that they perceive hunting as a sport only, and not as killing innocent animals for fun.

Perhaps thanks to this slight rebranding, the studio still managed to attract a new audience in the face of fans of sports simulators, but the essence of the game remained the same. The number of main locations in HU 2008 has been increased to a symbolic eight, and several new weapons and additional pieces of hunting equipment have been added. 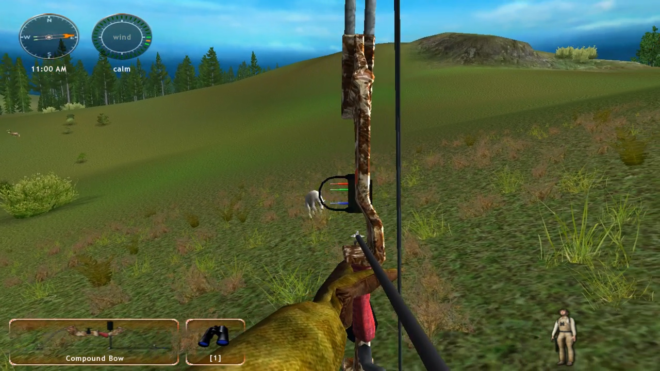 HU 2009 boasted the most realistic graphics in the history of the series, as well as improved shooting and artificial animal intelligence. It’s safe to say that at the time of the game’s release, it was also the richest and largest virtual hunting ground in the history of video games.

The locations remained the same (North America and Africa), but the number of available weapons, equipment and other accessories exceeded 30. For 2008, fans of virtual hunting could not even dream of more. 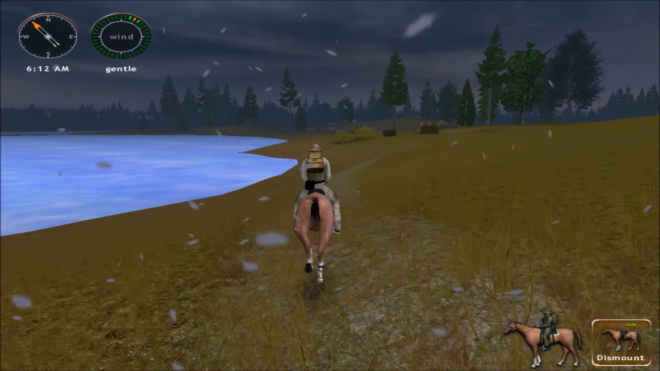 The next part of the series finally pleased the fans with a change of scenery, adding instead of Africa the opportunity to hunt in Europe, and more specifically in the famous Bavarian forests. America has not gone away, so the opportunity to get a huge grizzly bear or an elusive jaguar as a trophy remains.

From the point of view of the arsenal of weapons and equipment, there have not been any significant changes, but the choice of prey has become much richer – 18 species of representatives of the animal world of two continents. 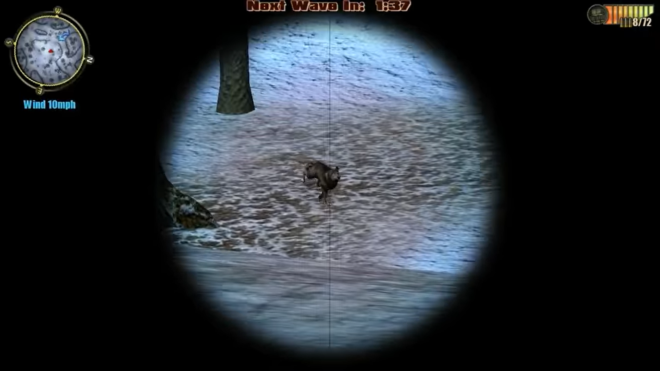 Hunting Unlimited 2011 was the first part of the series, in the development of which SCS Software did not take part, and, apparently, it also became the last one, since nothing has been heard about the further fate of the franchise for many years.

The new development team from ARB Studios made some fatal mistakes. Firstly, they decided to render the already unobtrusive gameplay by almost completely removing the elements of the simulator, as a result of which the game began to resemble a mediocre shooter or even a shooting gallery. It has also become much less informative and elaborated in terms of the hunting process itself. Now you don’t even know the caliber of cartridges, the choice of weapons has noticeably become impoverished and no longer meets all requirements. For example, a shotgun was added to the game, which is completely forbidden to use in sport hunting. The new modes were quickly boring mini-games in the style of “fight off a wave of enemies”, which completely scared away all fans of hunting simulators.

Unfortunately, the experiment was so unsuccessful that the release of a new part next year was out of the question, after which talk of a sequel completely subsided. In fact, having gone such a long way, the series that stood at the origins of the genre and develops it has returned to the prehistoric times of unpretentious Duck Hunt-style shooters. However, we hope that Hunting Unlimited will return to compete with the new hunting simulators that owe a lot of their popularity to it.

LINEKER: Arsenal are a real contender, Arteta did an incredible job

Vampire Survivors, The Witcher 3, and Elden Ring are the most successful games on Steam Deck in December

The final episode of the first season of “House of the Dragon” attracted 9.3 million viewers – the most for HBO since “Game of Thrones”

A PHOTO. Forces are equal – Denmark and Tunisia did not determine the strongest

Fortnite: Get 3 free skins with Winterfest 2022!