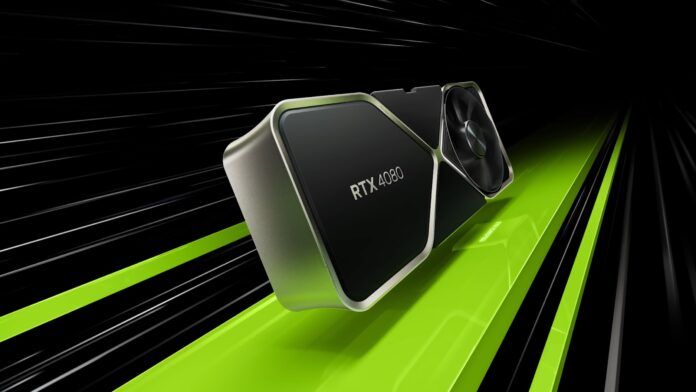 It would seem incredible to say, but sales of NVIDIA and AMD desktop video cards have been staggering, according to what has been recorded in recent months. In fact, sales volumes have collapsed to historic lows, e never had such scarce data been recorded in the last 20 years.

The data was published by the analysis institute Jon Peddle Research, according to which it is a crisis so sharp as to surpass even that of the economic recession of 2009. In fact, as the graph below shows, such a low peak of distribution volumes had never been reachedas well as in the third quarter of 2022.

The data of the beginning of the millennium is very far away, when the volume of sales of video cards was close to being three times that of the last quarter. Jon Peddle Research has in fact reported as between July and September 2022 desktop video card distribution figures fell to a low of 6.896 million units.

Numerous factors contributed to this collapse, which already started in April 2022. First of all inflation and Euro/Dollar exchange unfavorable to us, which kept video card prices fairly high all year long. Plus the wait for the new NVIDIA RTX 40 Series and AMD Radeon 7000 Series video cards.

But unfortunately in both cases the expectations of the general public were disappointed, going only to wink at the enthusiast public. This is because NVIDIA got the launch and positioning of its RTX 40 Series wrong in the first place.

If the RTX 4090 lives up to public expectations, it still is a very high-end product intended for a few and with a decidedly high price. We are talking about 1,899 euros for the basic model from NVIDIA and well over 2,000 euros for the various custom models from ASUS, MSI, Gigabyte, Zotac, etc.

As for the RTX 4080, there has been a lot of talk about it, excellent performance but decidedly high price for what it offers. It is no coincidence that they often remain unsold gathering dust in warehouses or on shop shelves. The custom models are not available for less than 1,500 euros, and this cuts out a huge slice of the market that perhaps points to the still very valid 30 Series.

Even more serious error that of the RTX 4080 12GB, recently rebranded as RTX 4070 Ti. The initial name was misleading with respect to the performance offered, and this forced NVIDIA to immediately suspend marketing. Now after correcting the shot and even taking a $100 cut off the US list price, it’s ready to be re-launched.

On the AMD Radeon side, the situation certainly does not improve the data. The new 7000 Series video cards were only presented in November, and have only been on the market for a couple of weeks. Which is why, despite the aggressive price placement compared to the competition, are not yet included in the data of the proposed analysis. In addition, they are still difficult to find and this further slows down the sales figures.

Ma even the AMD Radeon proposal does not satisfy that huge range of gamers who use medium or low-end video cards. The usual monthly Steam survey on the hardware of active users at the end of November 2022 shows a situation in which medium-low-end video cards are still the masters. Specifically GTX and RTX 1060, 2060, and 3060. While only a very small percentage use RTX 2070 or higher graphics cardsless than 10% overall to be precise.

This whole huge slice of the consumer market is still without new models, and we don’t even see the possibility of their arrival soon on the horizon.

However, the last quarter of 2022 still recorded a positive figure. With inflation subdued, the Euro recovering and the cryptocurrency market now on the sidelines, the prices of video cards of previous generations have dropped a lot. And it is not difficult to find some good offers on the hardware side to assemble an excellent gaming system without passing out.

Persona 6? Atlus wished everyone a Happy New Year and promised several announcements in 2023

Table what?! The Offline Adventures Workshop: D&D in Stranger Things

KartRider: Drift, a trailer for the pre-season on PC and mobile

Nvidia RTX 4000: a new cheaper model appears before its time