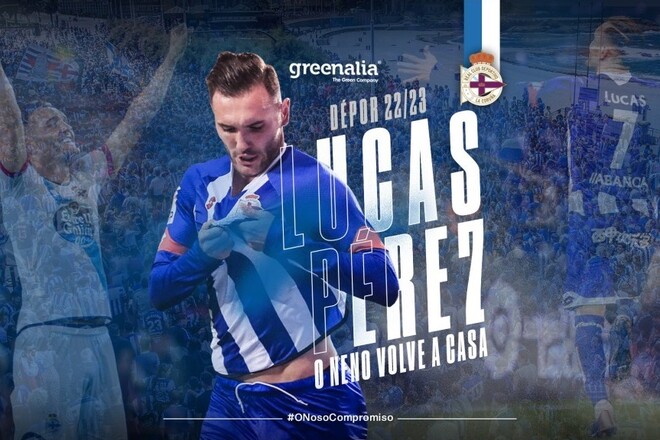 Deportivo from La Coruña, now playing in the third division of Spanish football, has officially confirmed the signing of 34-year-old ex-forward of Dynamo and Karpaty Lucas Perez, who recently played for Cadiz in La Liga.

The contract between the parties was concluded for a year and a half.

The Galician club did not officially announce the amount of the deal, but according to media reports, Cadiz gained 1 million euros from the departure of Lucas Perez (500 thousand euros in the form of direct compensation and another 500 thousand euros in the form of the football player’s refusal to receive what was due to him under the contract bonuses).

Note that Lucas Perez has already played for Deportivo. The striker was a football player of this team from 2014 to 2016, as well as in the 2017/18 season. He played 96 matches for the Galicians, in which he scored 33 goals and 22 assists.

In 2023, the Vitale card goes digital, here’s everything you need to know